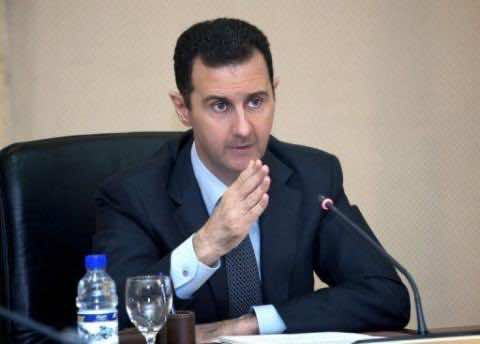 President Bashar al-Assad said he is confident his troops will win the conflict ravaging Syria, as new calls were made on Monday for the International Criminal Court to launch a probe into war crimes.

Assad’s comments, published in Lebanon’s pro-Damascus newspaper As-Safir, came as his forces were fighting pitched battles with rebels in a string of flashpoint towns and cities, and for control of strategic airports in northern Syria.

As-Safir said that Assad had met with unnamed Lebanese politicians in Damascus during which he assured them that Syria’s future belonged to his camp.

“We are sure we will win, we are reassured by the political and military developments,” Assad was quoted as telling the visiting politicians, the Lebanese newspaper said.

“That does not mean that everything is settled, we still have a lot to do politically and in the battle against extremist terrorist groups.”

Assad frequently receives Lebanese supporters of his regime, the latest being Talal Arslan, a Lebanese Druze leader, who was in Damascus on Sunday.

“We are convinced that the future is ours… Syria has the willpower to defeat the conspiracy,” said Assad, according to As-Safir.

He said those “loyal” to his regime “represent the absolute majority of Syrians”.

Since the outbreak of a revolt against his regime in March 2011 that later morphed into an insurgency, Assad has systematically labelled opponents and rebels alike as “terrorists” he says are funded and backed by the West, Turkey, Saudi Arabia and Qatar.

The United Nations says that nearly 70,000 people have been killed in the conflict so far, many in massacres, bombardments, under torture and through summary executions.

A report by a UN-mandated commission of inquiry on the Syria conflict released in Geneva on Monday said that both Syrian state forces and rebels were committing war crimes, though it said the government camp carried more blame.

At a press conference where the report was released, commission member Carla del Ponte renewed calls for the International Criminal Court to probe war crimes in Syria.

“The international community — and the UN Security Council — must take the decision to refer this to justice,” said del Ponte, a former UN prosecutor.

“We suggest the International Criminal Court. We can’t decide, but we are pressuring the international community to act, because it’s time to act,” she said.

The decision to refer the conflict to the court lies with the UN Security Council, where there are deep splits between Western members and Russia, a longstanding ally of Syria’s regime, plus China.

China has backed Russia in vetoing Security Council resolutions that would have put greater pressure on Assad’s regime. Beijing has also repeatedly urged dialogue to end the violence.

On the battlefront, rebel fighters on Monday seized a checkpoint several hundred metres (yards) from Nayrab military airport, on the road leading to Aleppo international airport in the north of the country, the Britain-based Syrian Observatory for Human Rights said.

The rebels last week stepped up an offensive in northern Syria, attacking airports in a bid to capture large stocks of ammunition from regime forces and to put out of action the air force’s deadly firepower.

The advance is the latest in a series by the rebels since they last week captured air bases at Al-Jarrah, Hassel and Base 80, also in Aleppo province.

The pro-regime Watan newspaper reported on Monday that the Syrian army is preparing to “cleanse” in the next 48 hours insurgent-held areas in the northern province.

“The army should impose its control on Base 80 (after) cleansing areas seized by armed men,” it said.

Monday’s violence came a day after at least 122 people were killed in violence across the country, among them 38 civilians, said the Observatory. 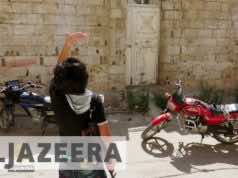 The Boy Who Started the Syrian War Tells His Story