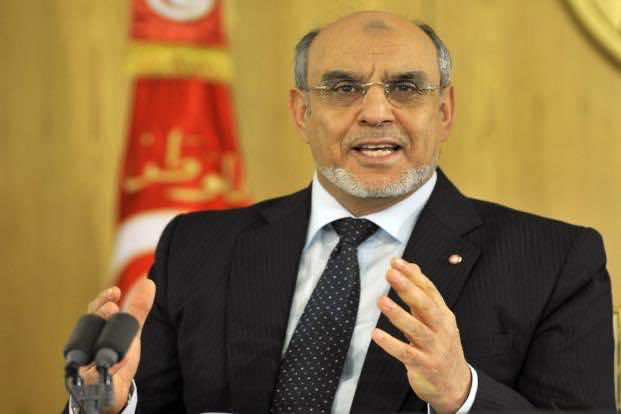 Tunisia’s Prime Minister Hamadi Jebali announced late on Monday that his plan for a new government of technocrats has failed, but he left the door open for compromise and did not say he would
stand down.

“I say in all clarity that the initiative I presented — that is to say, a government composed of members not belonging to any political parties — failed to reach a consensus,” Jebali said after talks with party leaders.

“Another form of government” was still a possibility, he added. The prime minister had vowed to step down if his controversial proposal to form a non-partisan administration, designed to avert political turmoil in Tunisia but opposed by his Islamist party Ennahda, was thwarted.

“I will go tomorrow (Tuesday) to the president to discuss the next stages, but I noted progress during the political discussions in terms of seeking a consensus around another solution,” Jebali said.

He said this new formula should emerge “in the coming days,” adding further delays to the search for a solution to a political crisis triggered by the assassination of a leftwing politician.

Jebali insisted that despite its failure, his initiative had at least succeeded in “getting everyone around a table” and in preventing Tunisia “from falling into the unknown.”

Rached Ghannouchi, the veteran leader of Jebali’s Ennahda party, said the representatives of some 15 parties had agreed at Monday’s meeting on the need for a government with “political competences” and tasked with holding elections as soon as possible.

“We in Ennahda want to ensure that Jebali continues to chair (the cabinet), and so do all those who took part in this meeting,” he told AFP. Aziz Kirchen, representing President Moncef Marzouki’s Congress for the Republic, said an agreement had been reached for “the formation of a mixed government” of politicians and technocrats, but without giving details.

Jebali first proposed his initiative in the wake of public outrage over the the murder in broad daylight of Chokri Belaid, a leftist opposition leader and fierce critic of the ruling Islamists.