Montreal- Sometimes you disagree with someone and it escalates to an argument,  you both think you're right and try to convince each other; the argument ends and you part ways. 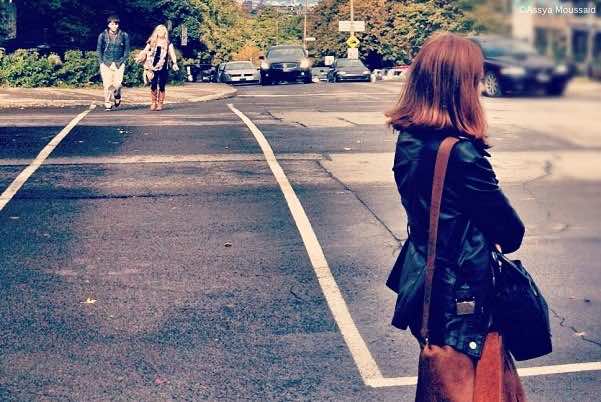 Montreal- Sometimes you disagree with someone and it escalates to an argument,  you both think you’re right and try to convince each other; the argument ends and you part ways.

Personally, no matter how much right I think or know I am, and no matter how many people would support my standpoint and tell me the other party is wrong; people who are neutral with no interest in taking sides, I still struggle to resist the temptation of wanting to make peace.

I doubt myself, perhaps a little more than I should. But I doubt it because I live by the philosophy of imagining myself on the other side of the table; of doing what I wish the other person would. When disagreeing, I want the other person to question himself and wonder if he could be wrong, and this simply is why I don’t distance myself  and bathe in self-righteousness.

Unfortunately, a lot of people view humility and attempts to speak after an argument, as a confession of being wrong, and instead of appreciating the initiative, they sadly use it against the pacifist and put him or her down even further.

A person who comes forward after an argument isn’t necessarily weak, he or she cares about peace and quietude more than showing they were right through the silent treatment.

Humble people who come forth tend to forgive. So what happens if you attempt to make peace and you get rejected, denigrated or mistreated? What if that person had done so a few times before, or even, despite all your good will and humility, they decided to end your relationship over this very last argument?

FORGIVING IS FOR YOU

Forgiving  frees you from bitterness and toxic emotions. It clears your heart and mind and leaves room for happier thoughts, nicer people and productive moments.

It is normal to feel sorry for oneself , or to resent someone who caused you much harm, but it is wrong to let weeks, months or even years pass by exerting your mind analyzing, self-pitying yourself, sighing and breathing out angrily through nostrils every time you remember the person or bump into them.

That you forgive someone does not mean you approve of the offense or hurt caused. Remember, you should love yourself enough to save it from the damages of resentment and bitterness. Forgiving also does not mean you have to resume your relationship with them, you can forgive and part ways. Learn from the experience but don’t forget, Forgiving will clear your heart; forgetting makes you lose the lesson. You paid the price with pain, tears and more, a price too high for which you got a lesson. Don’t throw it away.

Yes. I said it. Empathize with your offender. Do not try to excessively justify their actions to get back in touch or in a relationship with them, or because it is too hard for you to move on. Empathize because they’re human, with feelings as well. They might not be as kind and expressive as you are, but they have their own way of rationalizing and dealing with things. It might not be to the proper standards of kindness and empathy, but it is their way.

The person who hurt you could be dealing with difficult times, probably has trust or compassion issues. Give them advice if they accept it, but don’t try to “Dr.Phil” them much, people will only improve or mature when the voice inside them tells them to start doing so. Wish them well, and always remember, the process is mainly for your own good.

Be patient, it takes practice to rise above bitterness, fight hatred and actually forgive, empathize and wish those who hurt you  well. You will reap the benefits of peace and quietude of mind, when you no longer waste your years away resenting the offender. You will gain control over what goes on internally and will prevent negative thoughts and people from invading and living in your mental real estate.

FORGIVENESS IS NOT THE BEST REVENGE

A lot of people repeat to themselves that forgiveness is the best revenge, following Oscar Wilde’s quote: “forgive your enemies because nothing annoys them more.”

With all respect to Wilde’s wit, I dislike this quote because it replaces negative emotions of bitterness with a negative vindictive motive of wanting to get better in order to annoy  someone else. My advice is to remind yourself instead that forgiveness is the attribute of the strong, let go of those bitter feelings with which you believe you are protecting yourself from future hurting, free yourself from that burden without wanting anyone else to feel annoyed by your forgiveness, and forgive.

Do it for you. Only You.

Miss Assya B. Moussaid obtained her BA in Human Relations, from Concordia university with a minor in Human resources management. She has a Diploma in advertising & marketing from the International Academy of design. You can follow her on twitter @kickAssia