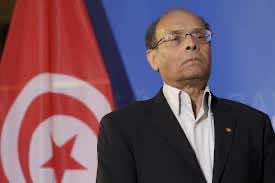 President Moncef Marzouki was holding urgent talks on Wednesday with political leaders in a bid to steer Tunisia out of a weeks-long crisis exacerbated by the resignation of Prime Minister Hamadi Jebali.

Marzouki was meeting in the morning with leader of the Islamist ruling Ennahda party, Rached Ghannouchi, and later with Maya Jribi of the opposition Republican party, his office said.

Tunisia was plunged into its worst political crisis since the 2011 Arab Spring revolt that ousted President Zine El Abidine Ben Ali when leftist politician Chokri Belaid was shot dead outside his home in Tunis on February 6.

Though no one claimed responsibility, Belaid’s family accused Ennahda of being behind the killing, which the party vehemently denied.

The killing did little to ease the misgivings of liberals and secularists who believe Ennahda is failing to rein in religious extremists threatening the stability of the country.

Belaid’s murder also sparked deadly street protests as well as strikes, which Jebali attempted to defuse by announcing plans for a non-partisan cabinet of technocrats to lead Tunisia into early elections.

The proposal quickly foundered and Jebali received a final rebuff by his own Ennahda party on Monday, prompting him the following day to carry out his threat to resign if he failed to win sufficient support.

Late on Tuesday he announced the resignation, saying he had failed in a last-ditch effort to push for “another solution” to the long-running crisis in a meeting with Marzouki.

Ghannouchi, whose Ennahda party dominates the national assembly, will be asked by Marzouki to nominate a new prime minister. Names being mentioned are those of Health Minister Abdelatif Mekki and Justice Minister Noureddine Bhiri.

Jribi’s opposition Republican party, meanwhile, has in recent days made it clear it is ready to support a cabinet comprising a mix of politicians and technocrats.

The 63-year-old Jebali had said he was convinced a non-political team was “the best way to save the country from wandering off track.”

Analysts said it is possible Marzouki will ask Jebali to try again to form a government.

But Jebali said he would not sign on again with “any initiative that does not fix a date for new elections. What about the constitution? What about elections?”

As well as the row over the new government, there is deadlock over the drafting of a constitution, with parliament divided over the nature of Tunisia’s future political system 15 months after it was elected.

The prospect of Jebali carrying on is “on the table, but we still have to discuss it, and there are several competent people in the event he refuses,” said Ennahda parliamentary bloc chief Sahbi Attig.

Jebali’s plans had been bitterly opposed by Ennahda hardliners, represented by Ghannouchi, who refused to give up key portfolios and insist on Ennahda’s electoral legitimacy.

The Islamists control the interior, foreign and justice ministries and dominate the national assembly.

“Everything has stopped. The problem is that nobody thinks about the general interest but only of their special interests,” a government official told AFP.