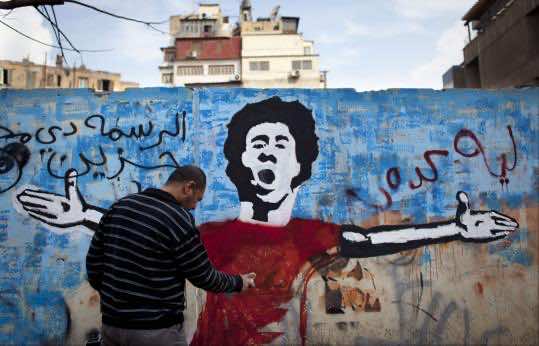 A strike in Port Said entered its fourth day on Wednesday as Egyptian demonstrators demanding justice for protesters killed by police shrugged off a government pledge to inject money into the canal city.

Most factories and government offices remained closed, along with a Suez Canal port, witnesses said.

Protesters flew large balloons inscribed with “SOS” over the strategic water route linking the Mediterranean with the Red Sea. Canal officials say traffic through the passage has not been affected.

The protesters are demanding justice for at least 40 demonstrators killed in clashes with police in late January after a court sentenced 21 Port Said soccer fans to death over a deadly football riot last year.

President Mohamed Morsi, who called in the army and declared emergency law in Port Said after January’s violence, pledged on Tuesday to reserve 400
million Egyptian pounds ($59.4 million) of canal revenues for Port Said.

Morsi will also present a law to senate, which acts as the legislature pending parliamentary elections, on reopening a free trade zone in the city, a statement from his office said.

Residents of Port Said and other canal cities have long complained that Cairo marginalised them.

January’s clashes coincided with the second anniversary of a popular uprising that overthrew president Hosni Mubarak, bringing in a period of military rule and then Morsi’s election last June.