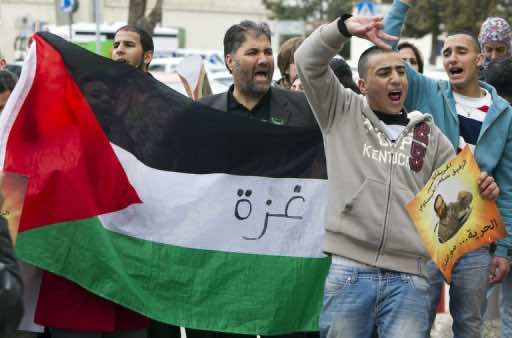 Israel’s Supreme Court on Wednesday rejected an appeal by a hunger-striking Palestinian prisoner, saying it was not authorised to overrule the restrictive military order under which he had been jailed.

The appeal was lodged by Jawad Boulos, a lawyer for the Ramallah-based Prisoners’ Club, on behalf of Ayman Sharawna, a 36-year-old detainee who has been intermittently refusing food for over seven months.

Sharawna was arrested in 2002 and sentenced to 38 years behind bars, but released in October 2011 under terms of a prisoner swap deal. But he was rearrested three months later and charged with violating the terms of his release although the evidence was kept secret.

Wednesday’s appeal had sought to challenge the provisions of military order 1677, under which Sharawna was rearrested.

But Boulos said the court had rejected the appeal, saying it was “not authorised to get involved in Sharawna’s case because he had been arrested by virtue of a military order related to the prisoner swap deal.”

Order 1677 governs the freedom of movement of certain former detainees, allowing for them to be rearrested if they move outside of a certain geographic area close to their home without special permission.

It also says they can be rearrested on the basis of secret evidence.

Writing in Haaretz newspaper earlier this week, Amira Hass said the order meant that former detainees could be very easily rearrested on the basis of the smallest infraction, or on the basis of evidence which was kept secret.

“According to the order, the condition for release is that the prisoner commit no offence where the penalty is three months? imprisonment or more,” she wrote, saying offenders could be forced to serve out the remainder of their original sentence.

“So, a traffic violation, participation in a demonstration or illegal presence in Israel will send the prisoner back to jail for 20 or 30 years,” she wrote.

In a related development, Jerusalem Magistrates Court was on Thursday to rule on the case of fellow hunger striker Samer Issawi who was also released under terms of the 2011 prisoner swap deal.

Issawi, who comes from annexed east Jerusalem, was rearrested in July on charges of violating the terms of his release by taking his car to a garage in the West Bank.

He has been refusing food since August 1.