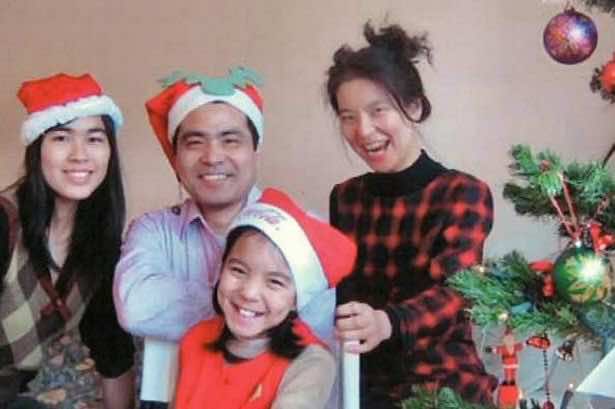 A Chinese businessman was extradited Wednesday from Morocco to Britain, where he is wanted in connection with the killing of a Chinese family in 2011, police said.

Du Anxiang, who was arrested in Morocco in July last year, flew from Casablanca to London Heathrow Airport in the custody of UK Border Agency officers, police in the county of Northamptonshire said.

University lecturer Ding Jifeng, 46, his wife Helen Chui, 47, and their daughters Xing, 18, and Alice, 12, were found stabbed to death at their home in Northampton, central England, on May 1, 2011.

Soon after the killings, British police launched a manhunt for Du, a 54-year-old former business associate of the Ding family.

Ding worked in the chemistry and environmental sciences division at Manchester Metropolitan University in northwest England, while his wife taught Mandarin part-time at a local business school.

Both are from Hangzhou, the capital of eastern China’s Zhejiang Province.

On arrival at Heathrow, Du was taken into custody by London’s Metropolitan Police.

He was set to appear at Northampton Magistrates Court on Thursday.

Du, who has a background in herbal medicine, boarded a bus in London shortly after the Ding family were found dead and travelled to Paris, through France and Spain, before catching a ferry from the Spanish port of Algeciras to Tangier in Morocco.

The journey is believed to have taken only a few days, and Du had evaded capture in Morocco for around a year.