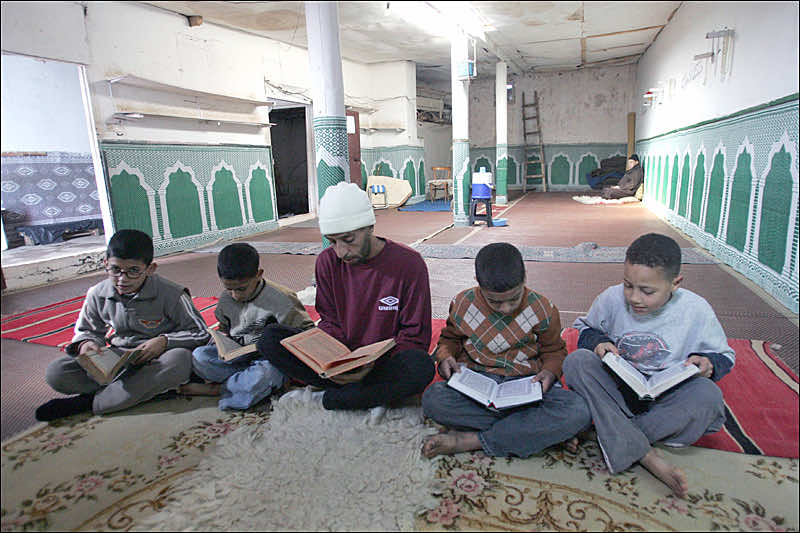 Educating the population against extremist trends is a job that falls chiefly on the shoulders of politicians and religious leaders. For many Moroccans, it is time for action.

“Although political parties do not have much credibility among the population, what they say about fighting extremism and tolerance could be of interest to young people,” he said.

In order for the public awareness campaign to achieve its objectives it “must be kept free of party politics and vote-catching”, he added.

Aside from political rallies and party gatherings, these groups need to engage more with communities and work at the grassroots level to understand the populace’s needs and mind-set, he added.

Mesmoudi criticised political parties for neglecting their role as educators. Evidence of this, he said, can be seen in the violence that broke out within universities and the lack of a real response by politicians.

Socialist Union of Popular Forces (USFP) parliamentarian Rachida Benmasoud said that her fellow politicians could do much to help educate people about the dangers of radicalism.

Conditions are ripe for extremism “because of a lack of education and awareness among students, who have been abandoned by democratic political parties”, Benmasoud said.

Above all, people should not lose sight of the causes behind the rise of political extremism, be it Islamist or leftist, the MP told Magharebia.

The work of educating society is not just up to political parties. Religious leaders have a role to play as well in countering radicalism, sociologist Salim Chouiki said. But these religious teachings need to be moderate, in touch with the concerns of the people and expressed in simple terms, he added.

He warned against the message put out by certain satellite channels involved in extremism and fanaticism.

“These channels’ strength is their ability to communicate. Sheiks manage to convince people with a simple message. We too need to give an opportunity – particularly to young Ulemas – to set an example for the public,” he added.

“The official message isn’t getting through. So we need to change our methods,” Chouiki said.

Clerics are valuable players in the fight against extremism because they are entrusted with explaining Islam’s true values to the public, Islamic relations professor Moha Cherrat said.

“Islam has always preached openness and the happy medium. That’s what we need to explain to our children to prevent them from falling into the clutches of the obscurantists,” he told Magharebia.

Among young people, there is contempt for the lack of interest shown by politicians and religious leaders in this subject, which is nevertheless of huge importance.

These leaders need to increase their presence at universities and youth clubs so that young people can discuss their concerns, which are not just material but also spiritual, student Hamida Bekkali said.

“Politicians need to step out of their comfort zones. As for the religious leaders, they need to work with the community rather than staying in their mosques and religious cliques,” accountant Mehdi Jantili said.

“It is their attitude which causes young people not to trust them. They need to dare to make contact with the people who need to be listened to and guided,” Jantili added.