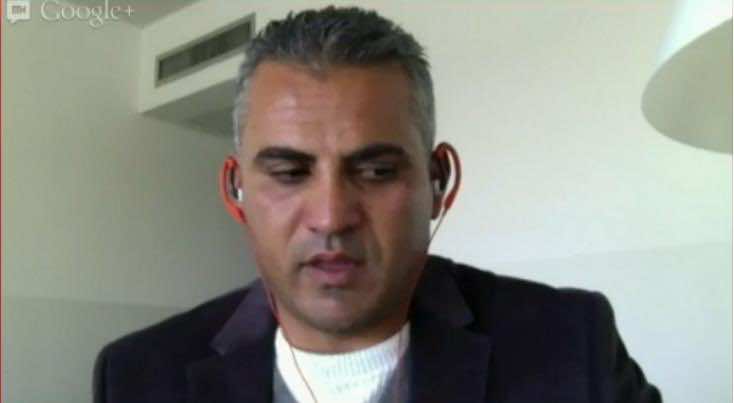 Emad Burnat, the first Palestinian ever to be nominated for an Oscar, was reportedly detained by immigration and customs officials at LAX airport in Los Angeles on Tuesday night after he attempted to enter America to attend the prestigious Oscars ceremony, the Huffingtonpost reported.

The co-director of the Academy Award-nominated documentary “5 Broken Cameras” was with his wife and 8-year-old son when they were detained by the airport officials and threatened of being deported to Palestine because of not having the proper invitation to attend the Oscars.

Burnat, who co-directed his Academy-Award nominated documentary with Guy Davidi, an Israeli, was held up with his family by airport security officials for 90 minutes before he was released when he contacted American filmmaker Michael Moore who was hosting a dinner for the Best Documentary Feature and Short nominees. Mr. Outraged by this occurrence, Mr. Moore immediately documented what happened to Emad in a series of tweets.

“It was strange for me last night when I arrived at the airport in Los Angeles, because I came to the United States six times this year. This is the first time that this happened to me”, Burnat told the Huffington post.

“They started asking me questions and taking pictures. They were asking me for documents and invitations. I told them I had the hotel reservation, I am the Oscar nominee and I came here for this purpose. I had the invitation in my iPhone and I had all documents on my iPhone,” he said. Mr. Burnat said the customs officials told him ‘we don’t care, we need more documents, we need papers, and if you don’t give us documents we will send you back home”.

“5 Broken Cameras,” which was co-directed by Emad Burnat, is a story about Emad’s village in the west bank which was opposing peacefully the Israeli government’s decisions to build a wall through their farms and village. Emad Burnat documentation on camera of how Israeli Soldiers were shooting unarmed Palestinians won him the first Oscar nomination ever to his country.