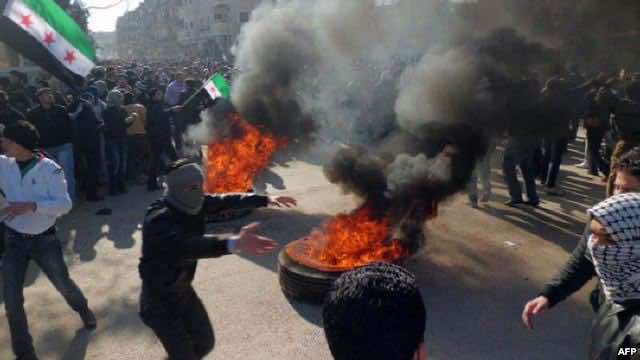 Syria’s main opposition National Coalition was meeting Thursday in Cairo, with discussions centered on an offer by the  group’s chief to hold direct talks with the Syrian regime, a delegate said.

“The meeting of the Coalition has begun and will last two days,” delegate Khaled Nasser told AFP. “The agenda is long and among the issues to be discussed is the initiative of Ahmed Moaz al-Khatib.”

Coalition chief Khatib has offered to negotiate with officials of President Bashar al-Assad’s regime who have no “blood on their hands” — naming Vice President Faruq al-Sharaa as a possible pointman for the talks.

Assad’s regime has said it is ready to negotiate with the opposition but without pre-conditions.

Khatib’s initiative has been welcomed by the Arab League and the United States as well as by two of Syria’s chief allies, Iran and Russia.

But the Syrian National Council, a key component of the Coalition, has rejected any possibility of dialogue until Assad steps down.

Holding talks “in one of the United Nations’ headquarters between the opposition and an acceptable Syrian government delegation would be a start to exiting the dark tunnel,” he said in Cairo.