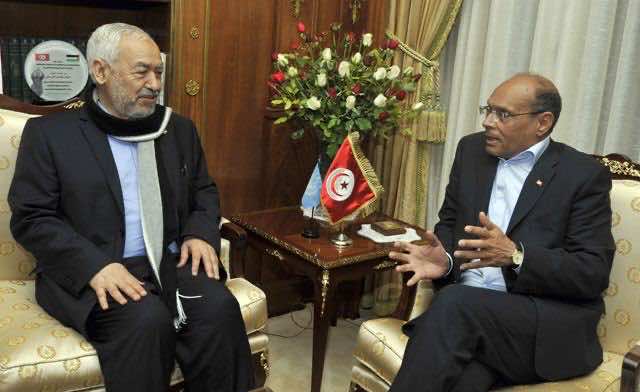 The consultative council of Ennahda, Tunisia’s ruling Islamist party, was meeting Thursday to choose a successor to outgoing premier Hamadi Jebali, who quit after failing to form a new government.

Jebali, who is Ennahda’s number two, resigned on Tuesday after his plan to form a technocrat cabinet, announced in the wake of public outrage over the February 6 murder of leftist politician Chokri Belaid, was rejected by his own party.

The assassination plunged Tunisia into crisis and enflamed political tensions, with the family of Belaid, who was a fierce critic of the ruling Islamists, accusing Ennahda of orchestrating the murder, charges the party strongly denies.

Ennahda’s executive arm was to meet at 1700 GMT, its spokesman Nejib Gharbi was quoted as saying by the official TAP news agency, with four candidates being considered to head the new government.

“Nothing has been decided yet, but there are four candidates for the post of prime minister — Ali Larayedh (currently interior minister), Mohamed Ben Salem (agriculture minister), Noureddine Bhiri (justice minister) and Abdellatif Mekki (health minister).”

Earlier, one of Ennahda’s leaders, Houcine Jaziri, said Jebali was among those being considered, “just like other senior party leaders.”

Jebali had left the door open to being reappointed, while demanding that a date be fixed for general elections and the formation of a non-political administration.

“The affair is in the hands of the consultative council and of Jebali,” Noureddine Bhiri told private radio station Mosaique FM.

“The decision by Hamadi Jebali is expected. If he accepts the proposal by Ennahda to be reappointed, he will be its candidate,” he said.

If Jebali turns the proposal down, “whether the candidate is Noureddine Bhiri or another is not important, as the movement is full of competent people,” he added.

Bhiri received the largest number of votes when the council met last week to choose potential candidates to replace Jebali, with Laarayedh coming next, followed by Ben Salem and then Mekki, according to Mosaique FM.