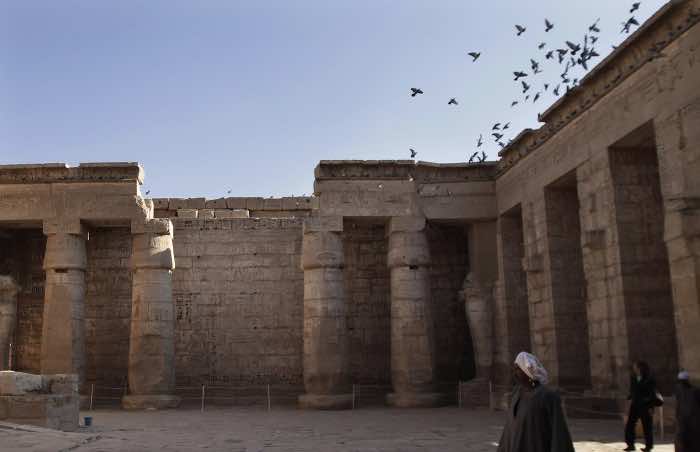 A pyramid that dates back more than 3,000 years and built for an advisor to King Ramses II has been discovered in Luxor, Egypt’s state minister for antiquities said.

The remains of the large mudbrick pyramid — whose original height was 15 metres (49 feet) — was unearthed during excavations on the hill of Sheikh Abdel Qurna by a Belgian mission of the Universite libre de Bruxelles and Universite de Liege, Mohammed Ibrahim said.

“Stamp impressions on the bricks indicate that the pyramid belongs to a vizier of Upper and Lower Egypt named Khay, who held this charge for 15 years during the reign of pharaoh Ramses II (1279 -1213 BC) in the 19th dynasty,” the mission said in a statement.

“The monument was largely dismantled in the 7th and 8th century AD, when the tomb was transformed into a Coptic hermitage,” it said.

The discovery is of major importance “since the vizier Khay was known to Egyptologists by a large number of documents but the location of his tomb remained undiscovered,” the mission said.

Luxor, ancient Thebes, is a treasure trove of ancient Egyptian architecture and artefacts.

The city, a major tourist spot, has been badly affected by insecurity gripping the country since the 2011 uprising that toppled Hosni Mubarak.