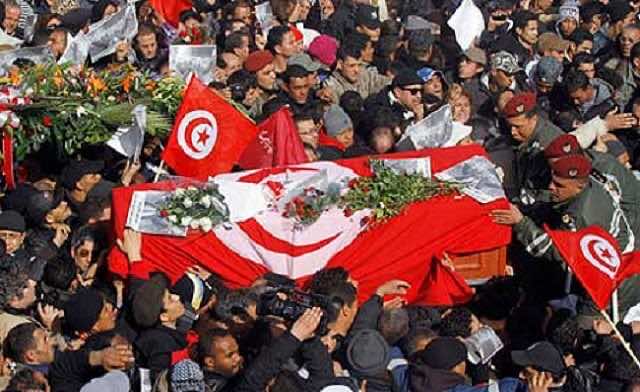 “The investigation has progressed to the point that suspects have been arrested,” Ali Larayedh told reporters, without specifying the number of people detained.

“The investigation has not led yet to identify the killer, those behind the murder and its motives,” said Larayedh, refusing elaborate in line with a secrecy order.

Belaid, 48, was shot dead at close range by a lone, hooded gunman as he left his home in the capital Tunis on February 6.

His family blamed the ruling Ennahda party for being behind the killing, an accusation the Islamists have vehemently denied.

On the day of the murder, Prime Minister Hamadi Jebali proposed the formation of a government of technocrats as a way out of the crisis, but the initiative was rejected by his own Ennahda party.

Jebali resigned on Tuesday, and the Islamist Ennahda was meeting on Thursday to choose a successor.