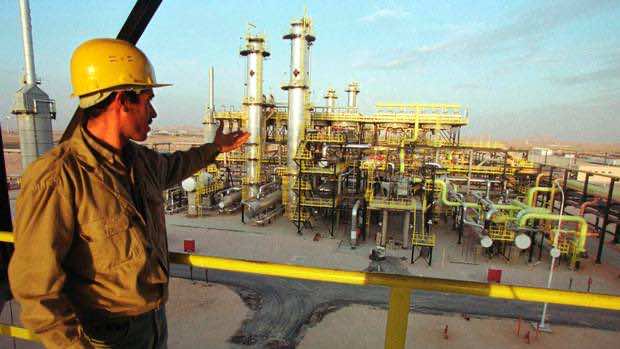 A bribery investigation of Canadian engineering firm SNC-Lavalin has focused on an Algerian jet-setting money manager with ties to multinational oil and gas firms, a Canadian paper said Thursday.

The daily Globe and Mail reported that one of the Montreal-based company’s agents in Algeria, Farid Bedjaoui, is now a target of the sweeping criminal investigation, which has brought down former top SNC executives and others.

The newspaper said the nephew of Algeria’s former foreign affairs minister Mohammed Bedjaoui is suspected of being a conduit for millions of dollars in “suspicious payments, possibly bribes,” from multinational oil and gas firms to secure contracts with Algeria’s state-owned Sonatrach.

SNC spokeswoman Leslie Quinton told AFP in an email: “From our own research, we understand that Mr.

Bedjaoui was involved with certain companies that had contracts with SNC-Lavalin affiliates.

“These contracts were negotiated by former employees of the company and, to the best of our knowledge, were ordinary business arrangements at the time.”

SNC was engulfed in scandal last year when two vice presidents were linked to an elaborate plot to bring Saadi Kadhafi, the son of ex-dictator Moamer Kadhafi, into Mexico with false documents at the height of pro-democracy protests in Libya in 2011.

SNC’s former president was then sacked in March 2012 after 23 years with the company and now faces fraud charges in connection with a bid to build a hospital in Montreal.

The former executive vice president of the firm’s construction arm was arrested the next month by Swiss authorities and charged with money laundering, after mysterious payments were tracked from SNC to Swiss bank accounts that he controlled.

He is also accused of previously bribing Saadi Kadhafi.

Meanwhile, a Canadian woman hired by SNC, a Dane and two Mexicans have been charged by Mexican authorities for their alleged role in the scheme to sneak Saadi Kadhafi into Mexico.

Canada has also ordered the deportation of an Australian man who was Saadi Kadhafi’s former bodyguard and is linked to the plot.