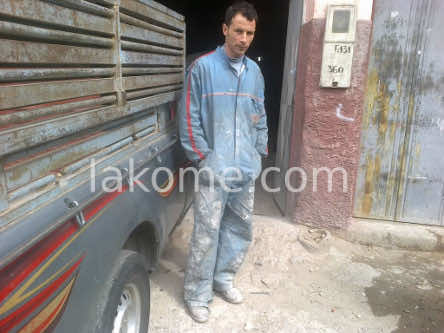 The vice-Attorney General who was recently accused of forcing Mr. Hicham Himmi, a mechanic, to kiss his feet denied the accusation directed at him, adding that the alleged victim Hicham “threatened to kill him.”

On the defensive, Mr. Farah, the vice-Attorney General of Midelt, 190 kilometers away from Fez, claimed that Hicham, the mechanic whom he hired to have his car repainted, “has got close relatives who belong to Justice and Charity Party, as well as the Justice and Development Party,” according to the news website Lakome.com.

Mr. Farah went on to say that the news of this incident “has been spread deliberately in an attempt to take revenge of the judiciary system and tarnish the reputation of Moroccan judges ” Here, the truth must be revealed sooner or later,” Farah stressed.

“Soon after informing the police of the death threats I received from Hicham, the latter instantly begged me to forgive him,” Farah said.

“Having the impression that Hicham was under the influence of drugs that day, I finally forgave him and asked the police to release him” he added .

Taken aback by the accusations leveled against him on newspapers, Farah went on to reiterate that he never forced Hicham to kiss his feet. ” It isn’t common sense for a 53-year-old law professor like me to engage in this triviality?” Farah asked in an attempt to dissociate himself  any culpability in the incident.

This news of the alleged humiliation inflicted on the mechanic created a stir in Morocco, and prompted a great number of Moroccans to call on the government to take the most severe action against the judicial official.

The Moroccan Association for Human rights on Wednesday organized a sit in in front of the court of the first instance in Midelt, to express solidarity with  the alleged victim and call for the Minister of Justice to hold the alleged abuser to account.