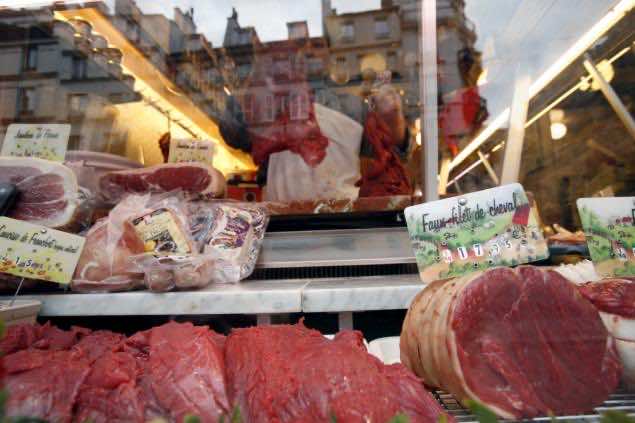 French firm Spanghero, at the heart of the horsemeat scandal rocking Europe, said Friday it was stopping the wholesale trade of frozen meat after the agriculture ministry retained a ban following a probe.

The company sparked a continental food alert by allegedly passing off 750 tonnes of horsemeat as beef, and had its sanitary license suspended last week.

On Monday, Spanghero was allowed to resume production of minced meat, sausages and ready-to-eat meals following protests from 300-odd workers who said they were being unfairly penalized and were not in the loop about any fraud.

But the company, whose horsemeat found its way into 4.5 million “beef” products sold across Europe, will no longer be allowed to stock frozen meat, the agriculture ministry said in a statement on Friday.

“The conclusions of this investigation lead us to maintain the suspension of the sanitary license,” it said, referring to whether Spanghero can store frozen meat for later resale.

The ministry said wholesale trade of unprocessed meat accounted for “only two to three percent” of the company’s revenues.

Spanghero boss Barthelemy Aguerre said in a statement after the ministry’s report that the company was ceasing trade in frozen meat and would focus on minced meat products and ready-made meals which it said were “at the heart” of its activities.

Upholding the ban means Spanghero cannot act as middleman between abattoirs and food-processing companies, the situation which allegedly allowed it to change labels on horsemeat and sell it on as beef.

A vast food scandal has erupted in Europe after horsemeat was initially found in so-called beef ready-made meals and burgers in Britain and Ireland.

It has spread to as far as Hong Kong where an imported brand of lasagne was pulled from shelves.

Paris said on Friday it had sought details from a Dutch firm through which the horsemeat transited.

On Friday the parent company of Britain’s Birds Eye, Iglo Foods Group, said it had withdrawn as a protective measure several products in Belgium, Ireland, Britain and the Netherlands after detecting traces of horsemeat in a chili con carne meal manufactured in Belgium.