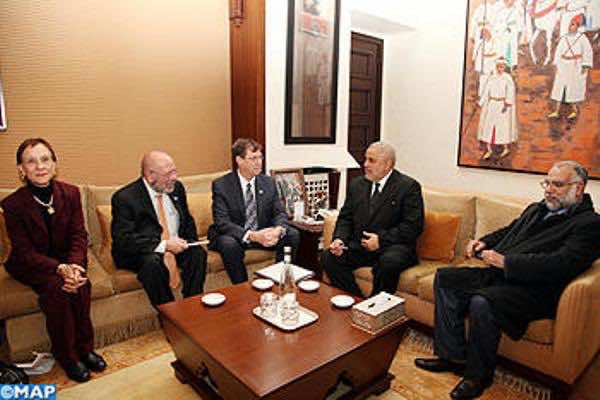 Head of government Abdelilah Benkirane held, Friday in Rabat, talks with vice-president of the Millennium Challenge Corporation (MCC) Patrick Fine on the preparation for a new investment program under the Millennium Challenge project, in the light of the positive results made by the first program which is nearing completion, a statement by the government’s presidency said.

The meeting was also an occasion to discuss the results of the Millennium Challenge program and cooperation prospects between Morocco and MCC.

Morocco had signed on August 31, 2007, an agreement with the MCC, a US government agency set up by the U.S. Congress to reduce poverty in the world through sustainable economic growth.

Under the agreement, called Compact MCA-Morocco, the Kingdom benefits from a funding of 697.5 million U.S. dollars to strengthen its economic growth, spur productivity and improve employment in some key sectors.

The talks were an opportunity for Benkirane to commend the efforts made by all contributors to the project in order to achieve the set objectives, including the fight against poverty in the targeted areas and lauded the approach adopted in the first program to ensure that the projects have a direct impact on citizens.