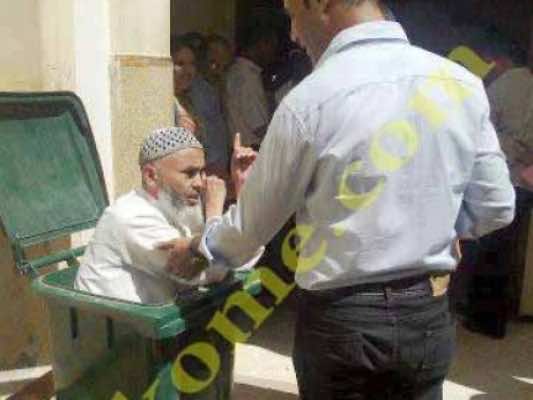 A citizen from a village situated in the area of Sidi Yahya Zair, near the capital Rabat, put himself in a trash container, protesting over being called “garbage” by a public servant.

According to the Arabic news website Lakome.com, the citizen inquired on Thursday morning about an administrative document from the local district, but the public employee rejected to sign it on the spur of the moment. The former argued with the latter who allegedly said, “I told you come back tomorrow, garbage!”

The man who is probably in his fifties put himself inside the nearest trash container to the employee’s office. Taken aback by this occurrence, the civil servant, did his utmost to get the man outside the garbage box, possibly fearing that the incident evolve into an unmanageable dimension.

It is apparent that Moroccans are becoming increasingly aware of their rights while dealing with public administration officials.

Further, any acts of humiliation or disrespect are likely to be under scrutiny of media and human rights activists.

A few days ago, thousands of people demonstrated in front of the first instance court in the city of Midelt in a protest against a vice Attorney General who allegedly forced a young man to kiss his feet.