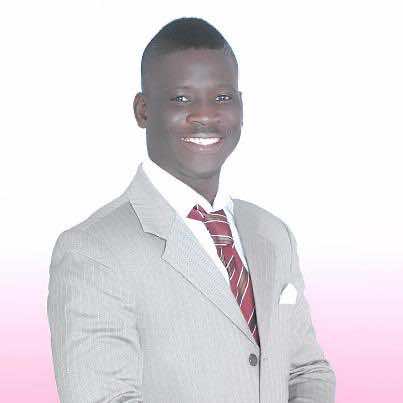 Sub-Saharan students face social problems in their everyday lives and in private and public educational establishments. The immense difficulties surrounding the acquisition of a residency permit adds an additionally heavy burden to the already long list of challenges that sub-Saharan students experience in Morocco. This article attempts to scrutinize and shed light on the Moroccan policy towards Sub-Saharan students.

Whether you call it stigmatization, xenophobia, or even sometimes racism, a study conducted in 2010, which surveyed and interviewed sub-Saharan students in Morocco, reveals contradictory findings about the perceptions and attitudes that Sub-Saharan Students may have towards Moroccans in terms of sociability and vice versa. Social integration is not an easy affair for these Sub-Saharan immigrants in Morocco and especially for non-Muslims. However now more attention is being paid to the Moroccan government and the Moroccan Agency for International Cooperation- known by its French acronym as AMCI- policies towards these Sub-Saharan students.

First, it would be useful to remind the reader that Sub-Saharan Students are mainly divided into two categories: the first group belongs to the   public universities who come under the AMCI, the international institution that facilitates educational cooperation between Morocco and the Sub-Saharan regions. The second group is the private students who come, by their own free will, to matriculate in private institutes and normally come without a scholarship. The AMCI has undertaken many reforms in the past 5 years that concern the Sub-Saharans public students who fall under its jurisdiction.

As a case in point, upon their arrival in Morocco students are now required to pay the public liability insurance for students. This may be seen as normal for any good citizen to assure their liberties,, but the contradiction resides in the fact that the scholarship which they are granted does not cover all the administrative expenses that they are asked to pay. Or if it does students will find problems relating to subsistence before the arrival of other scholarships.

Another important example to point out is the 3rd cycle Master’s scholarship, which had been formally granted directly after attending any public Master’s program in a university, was cut.  Is this change meant to discourage these students not to stay and apply for a Master’s program, or is this the result of the AMCI running out of money?  This is a question with no clear answer. In either case, AMCI needs to be examined and evaluated in order to better understand the many changes that Sub-Saharan Students have had to endure in recent years.

It has always been difficult for Sub-Saharan Student to even submit their administrative papers in the ‘’wilaya’’ (the police department) because many papers are required to obtain a residency permit. Unfortunately the procedure is becoming increasingly difficult for them. Indeed, if we look at the example of Fez, students have to wake up at 4 A.M be in the Wilaya and then wait until 8 o’clock to start  entering and submitting. What is sad in all of this is that the submission ends at 12 o’clock sharp. In this regard, one can argue that the administration does not facilitate the procedure for these people. Thus they are unable to meet the necessary requirements.

For example, it would be better if more locales were provided and the hours of submission were extended so that these individuals would not be forced to wake up so early and endure such a trying administrative and unjust procedure. This is especially true for students, a group that needs a somewhat stable environment in order to truly thrive.

In addition to the already heavy load of administrative papers, Sub-Saharan Students are now asked to provide a medical certificate and a criminal record in order to obtain a residency permit. Naturally, one should recognize that it is quite normal for Morocco to regulate and control the flow of Sub-Saharan immigration into the country. In fact, as a country of transit for many Sub-Saharan immigrants who seek to cross the border into to Spain, this policy is one of the mechanisms which threatens illegal immigrants in Morocco because they can be deported at any time if caught.

However, it should be emphasized that this policy does not distinguish between  Sub-Saharan Student immigrants and illegal Sub-Saharan immigrants. While the latter’s dream is to cross the border, the former’s dream is to study. Sub-Saharan students are often in Morocco in an entirely legal situation and do not attempt to cross over into Europe.  They just want to a chance to focus on their studies. Thus, Sub-Saharan Students must be dealt with differently. For instance, if they are to spend a minimum of three years in Morocco in order to fulfill the contract with the AMCI, why not extend the residency permit to cover this three year period? It is not only logical and fair, but it would also cut down on bureaucratic red tape for the Moroccan authorities, the students, and the universities.

In conclusion, Sub-Saharan Students are often late in fulfilling their administrative duties because of the many problems mentioned above. Some of them even show up every year at their respective embassies to get a free pass to spend vacation in their homelands.

Mamadou War is a Master Student at the University of Fez, Morocco