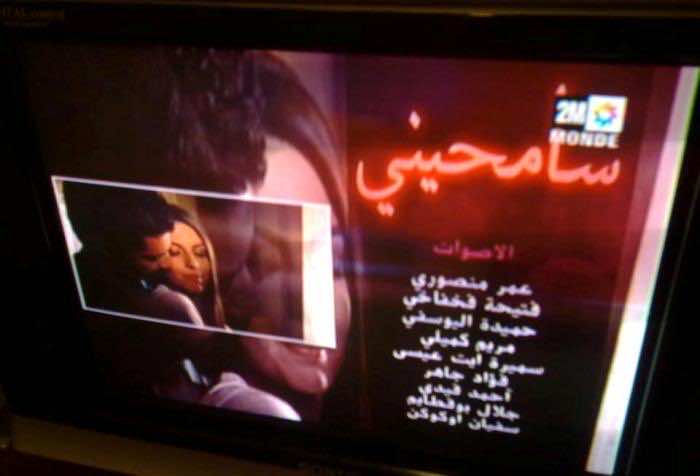 Several factors like mass production, fascinating and panoramic plot, and an overload of romantic feelings have paved the way for dubbed serials in our societies. Dubbed series mirror the pitiful conditions that surround everyday gossip to the extent that they retain the incidents of the episode in their mind so that they can narrate it once again. Altogether, these series become a virtual medium of seducing the viewers and, hence, give them the impression that the incidents of the serial are fairly real. Most importantly, these films commonly demonstrate social relationships between western and Islamic societies which are, most of the time, carried out through adultery and loyalty, betrayal and faithfulness, and many other contradictory acts that destroy the person’s identity and lead him astray.

Dubbed series occupy an important role among viewers and their echoes spread around Islamic countries at an alarming pace. They have become one of the most popular subjects that people from different places tend to discuss. Furthermore, the majority of people, particularly women, think that dubbed series can compensate for their lack of sentimental relationships. Following this interpretation, women crave a special life, or rather, they desire what their beloved stars are commonly experiencing. Naturally, they crave these experiences even while being perfectly aware of their completely fictitious and exaggerated substance. Overall, films are the realm of fantasy par excellence over which people shed torrential tears as their episodes come to an end.

To a great extent, the influence of these dubbed series becomes very intense and their danger spreads to younger generations. They hang in the air and dwell in the mind to such a degree that we find names and pictures of their famous characters written/painted on their cloths and pictured on their phones. What is most striking is the fact that young people have become more aware of these imaginary figures than national real heroes who have long played vital roles in our history. Young peoples’ obsessive admiration for these series leads them to learn the episodes by heart rather than focus on their daily homework. Dubbed series instill very substandard habits in the soul and, as a result, bring motivation and reality to a grinding halt.

Admittedly, women and children are not the only ones exposed to this harm. This is a problem for Islamic societies in general. For example, Turkish series go hand in hand with Turkish secularism and values, which at the same time are ill-matched with our traditions and cultural heritages. It’s, then, crystal clear that these kind of obscene series are quite another sort of cultural invasion that have been made indiscriminately to blast most Islamic societies’ compact parts and terribly stain their historical reputation with offensive sexual scandals.

“Sanawat Ddayaa” is very famous by the fact that a woman called “Lamis,” the protagonist, has been impregnated by her boyfriend “Yahya.” Lamis did not inform Yahya about her illegal pregnancy and that they were expecting a baby, but she did inform her family. They were not surprised. Rather, they were pleased that their daughter was going to be a mother. During this time, there was only a light discussion about how to best raise her new child, and viewers had to endure waiting at least 20 episodes in order to see what would happen, and whether or not she would be able to keep her pregnancy concealed.

“Sanawat Ddayaa” begins with the assertion that what is negotiated within the series prepares the ground for children to think erroneously about their future: pregnancy for them may become a matter of desire. This light hearted image of women getting pregnant only provokes a similarly light hearted image about sexual relations. The mass dissemination of this image is a danger to our young generations and our societies.

Apart from this, these series insult us because they do not serve our country, or its talents. So the question remains, why do we accept such a thing on our Moroccan channels? Mysteriously, when taking these facts into account, one may ponder a bit about the reason behind introducing these films to the viewer. What makes channels run beyond translating them? Isn’t it a mystery why artists so hastily donate their voices for the sake of disseminating these series to the Arabic speaking viewer? So why don’t we produce series that embody our historical heroism in an effort to inculcate good moral habits during difficult periods? Are we not afraid that our children’s creativity and morals are being challenged by such series? Such questions are integral if we want to remain a moral society for future generations.

“A Turkish man is my own knight,” which is a proverb that some girls maintain, represents how this figure has become the ideal type; that the form, the appearance and the delighted life of the hero expressed in the series is one of the most desirable things they hope to achieve. Girls, as it goes without saying, are verily invaded by the overwhelming need of having a better life even if it means losing their identity. These Series embody a very fierce storm that ruins families’ happiness and could, consequently, cause children to experience a challenging home life.

Within the same context, we can conclude that these series are made only to instill the wrong perspective in the minds of Arabic-speaking viewers, and to starkly defy their beliefs so that the bricks of the cultural and social foundations tumble down. Among these perspectives, I just see the following:

– To encourage relationships out of wedlock and make this permissible to entire families.

– To practice abortion, which will motivate girls to commit adultery.

– To spread nude culture, as well as the infamous Turkish fashion among women.

– To show different kinds of physical contact. This could incite girls to test what these so-called fake figures do.

Accordingly, I may just add that the boom in the unexpected new portions of these TV shows in our society reflects how reckless we became lately; an addiction to serials shows the sickness of the person’s heart and the lack of the religious devotion. Due to the scope of this invasion, Islamic countries have to mobilize in order to slow down the peril which their societies are truly facing.