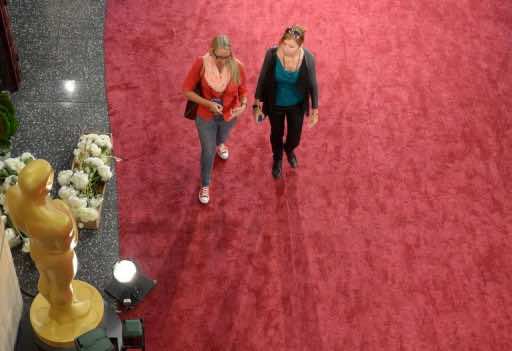 Here are some interesting and offbeat facts about this year’s Oscars:

— The youngest and oldest nominees ever appear in one category, for the first time since the earliest Oscars: nine-year-old Quvenzhane Wallis is nominated for best actress for “Beasts of the Southern Wild,” while 85-year-old Emmanuelle Riva is up for her role in “Amour.” The French star turns 86 on Sunday, when the winners will be announced at the 85th Academy Awards.

— In fact they’re not the 85th Academy Awards, at least not officially — they’re just the Oscars this year. “We’re rebranding it,” co-producer Neil Meron told an interviewer last week. “We’re not calling it ‘The 85th annual Academy Awards,’ which keeps it mired somewhat in a musty way. It’s called ‘The Oscars’.” An Academy spokeswoman said the name changes from year to year.

— Another name change: the venue hosting the Oscars is now officially the Dolby Theatre, not the Kodak Theatre, after the bankrupt camera company pulled out of its sponsorship for the Hollywood Boulevard building. The audio pioneer snapped up the chance to have its name linked to the Academy Awards, officially changing the sign on the front last May.

— George Clooney, a co-producer of Ben Affleck’s best picture favorite “Argo,” joins Warren Beatty as the only person having been nominated for best picture, directing, acting and screenwriting.

— John Williams, nominated for best original score for Steven Spielberg’s “Lincoln,” has more Oscar nominations than any other living person, with 48. The only person with more overall was Walt Disney, with 59. Woody Allen is the second most-nominated person still alive, with 23. He has won four, but is famously reluctant to leave his native New York to come to Hollywood to collect them.

— Jessica Chastain, nominated for best actress for Osama bin Laden manhunt movie “Zero Dark Thirty,” is the only acting nominee who was also up for an Oscar last year — as supporting actress for civil rights-era drama “The Help.”