Morocco World News
Home Opinion Editorials Trouble Ahead for the UN in Mali? 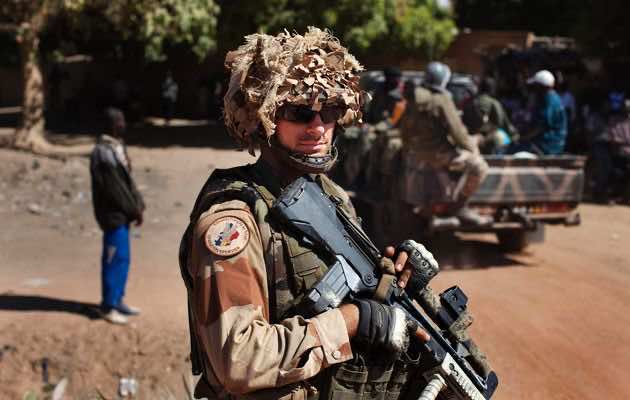 A strong international consensus has taken shape, a month removed from France’s military intervention, to turn over Mali to a UN peacekeeping operation. Yet, what doesn’t seem so clear is where the Islamist extremist fighters, who managed to take over the northern half of the country, have gone and if they’ve been really defeated. Could a UN peacekeeping operation be authorized and then in a few months time, the United Nations find itself the target of these militants who have regrouped? Not enough questions have been raised so far from either the UN member states or the press on whether a UN peacekeeping force is the right option for Mali.

Last week in a conference at the International Peace Institute, UN peacekeeping chief Herve Ladsous said of a Mali peacekeeping operation that, “definitely this is coming.” However, it is not hard to envision that a UN peacekeeping force, especially if deployed prematurely, runs a high risk of becoming a “peace enforcement” mission. UN soldiers could face a situation where they are not just using their weapons in self-defense or to protect civilians. Targeted repeatedly with improvised explosive devices or terrorist bombings, the UN could find itself having to conduct, in the middle of the Sahara, offensive military operations against al-Qaeda linked groups. It would be a scenario not designed for soldiers in blue helmets or even necessarily within the United Nations peacekeeping department’s capacity.

The haste by which key countries in the Security Council have decided on a peacekeeping force is evident. Only two weeks after France intervened, UN diplomats were already saying that a decision had been made in some countries to replace the French troops with UN peacekeepers.

Of course, diplomats and UN officials have been conditioning their remarks that a peacekeeping force will not be established until the security situation allows for some sort of “peace to keep” and high intensity combat has ended. However, at the same time, news wires have reported that the Security Council seeks to authorize a peacekeeping force by the end of February or early March. A goal to handover to the UN has even been set for April.

In reality, it might not be until April, or even later, to determine how much resistance these fighters ultimately plan to put up. While Islamist extremists fled before approaching French forces after the first two days of the intervention, they plausibly did so with the intentions to adapt tactics more suited to confront a conventional army. A UN peacekeeping operation may become that conventional army if it takes over from France or African Union soldiers too soon.

Iraq and Afghanistan are very different from the case of Mali. That said, we have seen how in this part of the world, initial military triumphs can be misleading and western countries underestimate the guerilla war campaigns to follow.

Somalia and Bosnia taught that a peacekeeping operation should not be sent where there continues to be full-scale civil wars. Meanwhile, since Rwanda, the UN realized peacekeepers should be able to use force to protect civilians, which it’s done in the Congo, Sudan and Cote d’Ivoire.

However, the use of arms in self-defense or “robust” peacekeeping – threatening or using force to protect civilians or even breaking up criminal gangs as in Haiti – does not provide the UN with the experience and tools it would require if there were a “jihadi” insurgency in Mali. It is the prospects of Islamist extremists employing a sustained campaign against UN blue helmets that would make this a situation beyond the UN’s capacity, and unlike anything its encountered (except, perhaps, its failed deployment to Somalia in the early nineties). Should UN blue helmets be used to fight a potential counter-insurgency?

For years, most UN officials would resoundingly respond ‘no;’ that peacekeeping’s core tenets of impartiality and use of force as a last resort is why it is ill-suited where UN soldiers are the primary targets of an insurgency. However, in Mali, the UN appears either over confident about the relative calm that’s existed since France’s intervention or over-accommodating. At a press conference on February 6, Ladsous, a former French diplomat, said that conditions for a UN peacekeeping mission “could happen, I think, fairly quickly” and “all indications show that this is the way it is heading and we are getting ready for that.”

Since Ladsous’ press conference, there were the first suicide bombings around Gao, followed by raids by MUJAO fighters against the city. The NY Times reported the support that extremist fighters have in small villages in Mali’s North.

In the past week, there have been signs that Security Council countries are beginning to recognize Mali’s uncertainty. Diplomats even said the UN might not be expected any longer to fully take over until June. And during the IPI conference, Ladsous acknowledged for the first time that a Mali operation may face “bad guys [who] put mines here” and “carry out surprise attacks.” Yet, he noted, with simple resignation, that we have to do what the Security Council tells us, as if the UN cannot take a stand on the feasibility of potential missions.

One understandable reason why the Security Council and the United Nations are leaning towards a UN force instead of UNISFA (the originally envisioned African force) is because of the experiences from African Union managed forces in Somalia and Darfur, which result in less predictable financing as well as more unwieldy chains of command. In addition, a peacekeeping operation could make more sense if supported by a parallel military force that could more offensively engage militants. These could be French forces. But the French have been non-committal about leaving in place such a force that would be expensive but that could also get dragged into a bloody counter-insurgency: lessons that they have observed from their American counterparts.

The United Nations could be facing a new chapter in peacekeeping. Unless it’s prepared to change the role of peacekeepers, or the international community is willing to quickly recognize and adjust to an insurgency, the decision to take over in Mali may prove a traumatic and unpleasant episode in UN history without more certainty on what has become of the Al Qaeda linked fighters and their intentions.