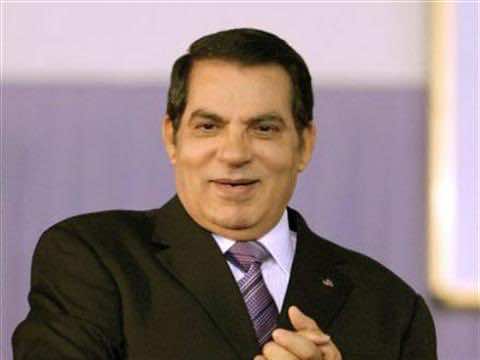 Two years after the revolution, a Tunisian version of Macbeth is parodying deposed dictator Zine El Abidine Ben Ali, cast in the mould of William Shakespeare’s notorious villain alongside his scheming wife.

“Macbeth, Leila and Ben”, which premiered in Tunis last week, revisits 30 years of autocratic rule that finally led to Ben Ali’s ouster in January 2011, while taking a swipe at the ruling Islamists who succeeded him.

The play begins its tour of Tunisia as the government struggles to pull itself out of the worst political crisis since Ben Ali’s downfall and flight to the Saudi city of Jeddah where he lives in gilded exile with his wife Leila Trebelsi.

In the loose adaptation of Shakespeare’s tragedy, performed in Tunisian Arabic, director Lotfi Achour questions how Ben Ali managed to stay in power for so long.

Achour says he wants to address a “still taboo” subject, namely “the responsibility of the Tunisian people” for decades of dictatorship, which began under the rule of founding president Habib Bourguiba and continued under Ben Ali, who seized power in 1987.

Mixing theatre, music and documentary, the play presents Tunisians as passive or indifferent towards the regime, sometimes obliging, but rarely critical.

“It’s true that we want to say, after the revolution, that the people are wonderful when in fact they were partly responsible,” says actress Anissa Daoud, who co-authored the play.

Macbeth, the ruthlessly ambitious Scottish lord, and his heartless wife Lady Macbeth are replaced by “MacZine” Ben Ali and Leila, depicted as a cruel and ridiculous couple, clinging to power at all costs, and with blood on their hands.

The play unfolds in a stark and sombre setting, alternating between the tragedy of torture and murder and scenes of black comedy, where the Ben Alis are surrounded by a sycophantic entourage desperately seeking to curry favour.

The audience responds with laughter and applause, recognising in the hated couple a man who presided over widespread torture, and a scheming woman at the head of a mafia clan that plundered its country’s wealth.

But Tunisia’s current political climate is never far away, with references in the play to the authoritarian tendencies of the ruling Islamist party, two years after the downfall of the regime that suppressed it.

When the narrator stops himself and asks “What has changed in Tunisia?” the crowd cries out “Nothing!”

“We have got stuck, as we wait from one day to the next,” he adds later, in a lament that resonates with the audience, amid disappointment at the lack of post-revolution progress.

The assassination of anti-Islamist politician Chokri Belaid earlier this month highlighted the chaotic situation in Tunisia, which was plunged into a political crisis that eventually brought down the government of Hamad Jebali.

Meanwhile, the country remains deadlocked over the drafting of a new constitution, with parliament divided over the nature of the future political system 16 months after it was elected.

Tunisia has also been rocked by a wave of violence blamed on the radical Salafist movement in the past year, including attacks on cultural festivals and Sufi shrines, and most notoriously on the US embassy in Tunis last September.

The play concludes with the appearance on stage of a bearded man and wearing a tunic typical of the increasingly assertive Salafists, who surveys the audience before leaving in silence.