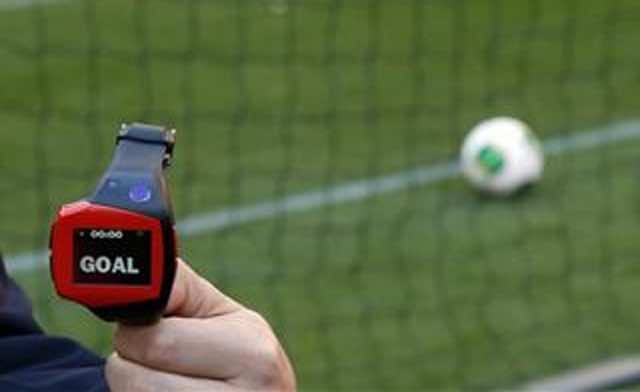 FIFA said Monday that it had handed out a third licence for revolutionary goal-line technology (GLT), as football’s governing body seeks to have a system in place in time for next year’s World Cup finals in Brazil.

FIFA has put the system out to tender and earlier this month announced that two providers — Goalref of Germany and Britain’s Hawkeye — had already been licensed under its Quality Programme for GLT.

The organisation has now picked German company Cairos as the winner of a third licence as part of efforts to reduce controversial refereeing decisions.

Goalref, which works by using magnetic sensors to determine whether the ball crossed the line, and Hawkeye, which uses a number of cameras, both had successful trials and were deployed at the Club World Cup in Japan in December.

Cairos creates a magnetic field behind the goal-line. Sensors in the ball then send information on its position to receivers, which in turn transmit a message in a fraction of a second to the referee to indicate whether a goal has been scored.

One or more successful GLT systems will be in use for the Confederations Cup in Brazil in June. A final decision on which technology will be used will be taken in April.

FIFA president Sepp Blatter has pushed for goal-line technology ever since he watched Frank Lampard denied a legitimate goal in England’s defeat by Germany in the 2010 World Cup.