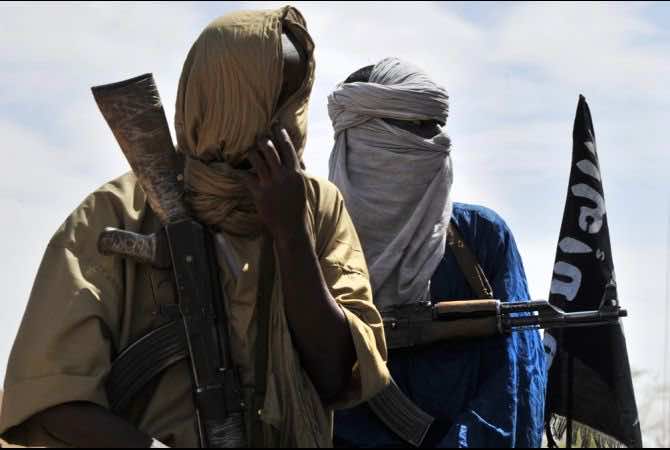 Firearms amassed during the war in Libya and corrupt officials selling or renting out their guns have helped arm the rebels in Mali, a UN report showed Monday, saying most of the weapons used in the conflict initially came from licit sources.

In a report on transnational organised crime in west Africa, the UN said “the primary source of arms appears to be official state stocks”, channelled onto the region’s black market through theft and bribed law enforcement officials.

“Criminals seem to be able to get what they need from the local security forces, buying or renting weapons from corrupt elements in the police and military,” it said, establishing that “firearms trafficking has fuelled a rebellion in northern Mali”.

The report also said that an estimated 10,000 to 20,000 firearms from Moamer Kadhafi’s arsenal in Libya may have made their way to west Africa, since up to “2,000 Tuareg mercenaries recently returned from Libya, carrying at least their own weapons.”

The UN said the influx of firearms represents “a serious threat to stability in the region, a threat that appears to have been realised in northern Mali.”

Mali imploded after a March 22 coup by soldiers who blamed the government for the army’s humiliation at the hands of north African Tuareg rebels, who have long complained of being marginalised by Bamako.

With the capital in disarray, Al-Qaeda-linked fighters then hijacked the Tuareg rebellion and took control of the north.

On January 11, France sent in troops to help the Malian army oust the Islamist militants. Initially meeting little resistance, the forces managed to drive the rebels out of the cities but are now facing a guerrilla campaign by the insurgents.

To counter illicit arms trafficking, the UN said improved controls are essential, with inventories and records being put into place, as well as registration and licensing measures for privately-owned weapons.

It also suggested that official arms stocks are reduced.

In terms of financing the rebel movements, the UN said it is particularly concerned by cocaine trafficking, saying there is a “possibility that trafficking through the region could provide income to non-state armed groups, especially the various rebel forces in the Sahel and the terrorist group Al Qaeda in the Islamic Maghreb”.