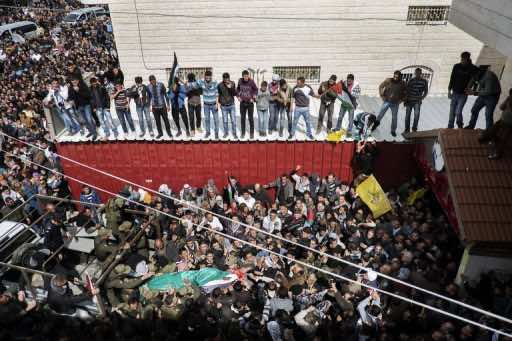 The United Nations called Monday for an independent inquiry into the death of a Palestinian in Israeli custody, warning that mounting tensions risk an eruption of violence in the occupied territories.

UN Middle East peace envoy Robert Serry made the call in a statement after talks with Palestinian prime minister Salam Fayyad on the death of Arafat Jaradat at the weekend.

Serry noted that Israeli and Palestinian experts had examined the body. “The United Nations expects the autopsy to be followed by an independent and transparent investigation into the circumstances of Mr Jaradat’s death, the results of which should be made public as soon as possible,” the envoy added.

Jaradat was detained on February 18 and died five days later.

Israeli prison authorities said Jaradat appeared to have died of a heart attack. But the Palestinian minister of prisoner affairs, Issa Qaraqaa, citing the preliminary findings of the joint autopsy, reported bruises on Jaradat’s body, muscle damage and broken ribs.

Thousands attended the man’s West Bank funeral on Monday and some militants have threatened revenge for his death.

UN leader Ban Ki-moon expressed concern last week about the deteriorating state of Palestinian hunger strikers in Israeli jails and said that the rights of all Palestinian detainees must be fully respected.