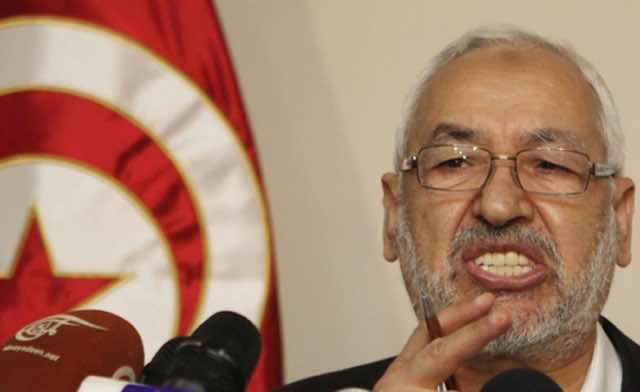 A solution to Tunisia’s political crisis lies with Rached Ghannouchi, hardline leader of Ennahda party, but his determination to see the Islamists retain power is foiling efforts to end the deadlock, experts say.

Ghannouchi, respectfully called as “The Sheikh” by supporters, made his intentions clear on February 16 by telling a rally that “Ennahda … will never give up power, as long as it benefits from the confidence of the people and the legitimacy of the ballot.”

Three days later his number two in Ennahda, Hamadi Jebali, resigned as prime minister after failing to garner support from his own party for his initiative to form a government of technocrats he said was necessary to pull Tunisia out of its worst crisis since the revolution two years ago.

The daylight assassination on February 6 of Chokri Belaid, a fierce critic of Ennahda, deepened a crisis already building for months due to rising tensions between the country’s Islamists and liberals.

“Rached Ghannouchi, chief of Ennahda for 35 years, is currently… the chief of Tunisia, especially one against whom nothing can be done,” said political analyst Ahmed Manai.

Ghannouchi has an undeniable legitimacy within his party that allowed him to defeat Jebali’s initiative — not even the moderate figures from within Ennahda publicly backed the former premier.

“Ghannouchi is respected by all supporters (of Ennahda) and also by those who criticise his policies,” noted analyst Slaheddine Jourchi.

The Islamist leader justifies his hardline approach by pointing to the results of the October 2011 election for the National Constituent Assembly that saw Ennahda win more than 40 percent of votes.

“So all those who want to deal with the authorities are obliged to go through (Ghannouchi),” says Jourchi.

Ali Larayedh has now been chosen as the new prime minister by Ennahda and charged with forming a new government after Jebali resigned.

The media have in the past few days reported that a larger and broader coalition would be formed in a bid to pull Tunisia out of the crisis — its worst since the revolution two years ago that ousted former strongman Zine El Abidine Ben Ali.

Ennahda however is known to be reluctant to entrust the interior, justice and foreign ministries to independents.

Analysts say it has little choice but to form a broad consensus that could also draft the constitution that has been in a limbo for 16 months and set a timetable for elections.

The daily La Presse lashed out at Ghannouchi on Sunday.

“It is significant to note that at every decisive moment of the country Rached Ghannouchi takes a stance, sets the tempo and leads the way ahead,” it said.

This “irritates and only prolongs the uncertainty, with president of Ennahda overstepping his role and prerogatives outright,” the newspaper said, adding that “it was about time Ennahda’s hegemonies ended”.

In his address declaring he was stepping down, Jebali had warned that only a “neutral government” could bring “clear and urgent solutions” to Tunisia’s crisis.