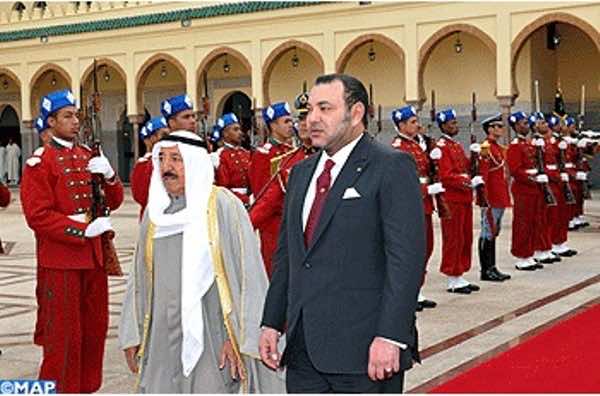 The meeting attests to the depth of ties between the two heads of state, as well as to the solid relations between the two countries, both at the bilateral level in the political, economic and social fields, and through the strategic partnership with the Gulf Cooperation Council (GCC), and the ties of brotherhood and solidarity between the Moroccan and Kuwaiti peoples, the Royal cabinet said in a statement.

The talks provided an opportunity to highlight the importance of continued consultations over various issues of common interest, especially at the Arab, regional and international levels. The two sides also reiterated their firm commitment to continue their action for the benefit of the two brotherly peoples.

The audience comes after the visit by King Mohammed VI to Kuwait, which has imparted a strong momentum to the distinguished bilateral relations, particularly in the economic and investment fields.