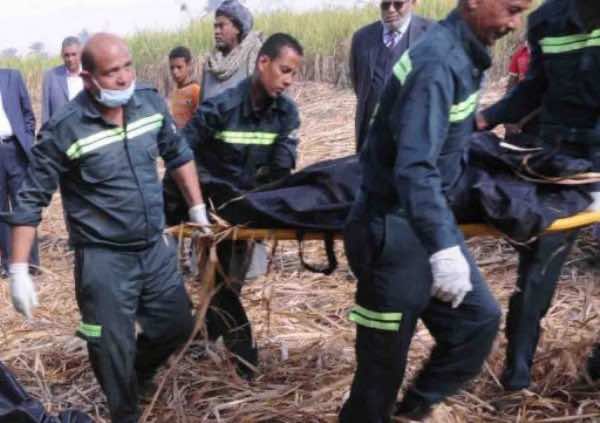 Egypt’s prime minister has ordered an investigation following the deaths of up to 19 tourists in a fiery hot-air balloon crash during a sunrise flight over the ancient temple city of Luxor.

The balloon, carrying 20 tourists from Hong Kong, Japan, France, Britain and Hungary, along with the pilot, was flying at 300 metres (1,000 feet) when it caught fire, exploded and plunged to earth, a security official said.

The pilot and one tourist survived by jumping out of the basket at some point before it hit the ground, said an employee of Sky Cruise, which operates the balloon rides. Both were taken to hospital.

A video shot by a passenger on another flight appears to show smoke pouring from the balloon’s basket for some time before the balloon itself collapses, leaving the basket full of tourists to freefall to earth.

“This is terrible, just terrible,” the employee told AFP by telephone, declining to give her name. “We don’t yet know what happened exactly or what went wrong.”

Security services cordoned off the crash site in Luxor’s dense sugar cane fields, as police and residents inspected the charred remains of the balloon.

“There was a terrifying sound when the balloon exploded,” one resident, Ahmed, 40, told AFP.

“Bodies engulfed in flames were falling out of the balloon,” said Youssef al-Tayyeb, another resident who witnessed the accident.

The balloon had been floating over the west bank of Luxor, one of Egypt’s most renowned archaeological sites and home to the famous Valley of the Kings and the grand Temple of Hatshepsut, when it exploded.

There was confusion over the exact death toll and the tourists’ nationalities. Different official bodies gave conflicting figures and details.

The French foreign ministry confirmed two of its citizens were among the dead.

Britain’s Foreign Office said two British nationals and one British resident had died. Later, it named them as Yvonne Rennie, Joe Bampton and Hungarian-born Suzanna Gyetvai and said another Briton was “in a stable condition” after surviving the plunge.

Nine of those killed were thought to be from from Hong Kong, and four from Japan.

“We believe that there is a high possibility that nine of our customers have died,” said Raymond Ng, general manager of travel agency Kuoni, which organised the Hong Kongers’ tour.

The five women and four men were aged between 33 and 62, Ng said, adding their relatives were flying to Cairo accompanied by three Kuoni staff.

The nine were among a group of 15 Hong Kongers who had left for Egypt on February 22. Ng said that according to local employees the balloon caught fire about an hour after it had set off, plummeting to the ground two minutes later.

In Japan, tour company JTB said four Japanese tourists involved in the accident were all confirmed dead. The foreign ministry said it was seeking further information.

French hot-air balloon expert Philippe Buron-Pilatre de Rozier said the blast could have been caused by a leak after a spark caused by a lighter or a cigarette.

Another reason could be wear and tear due to poor maintenance, said Buron-Pilatre de Rozier. Hot-air balloons such as the ones used in Egypt are generally 40 metres (130 feet) high and can carry up to 25 passengers, he added.

In 2009, 13 foreign tourists were injured when their balloon hit a phone mast and crashed at Luxor. Sources at the time said the balloon was overcrowded.

Local operators were bracing themselves for a backlash following the crash.

“The accident will have a devastating effect on tourism,” said Yasser al-Zambali, who owns the Dream Balloon company in Luxor, one of a handful of firms to organise sunrise flights over the city.

“How can I now convince other tourists to pay a single dollar to ride a balloon now?”