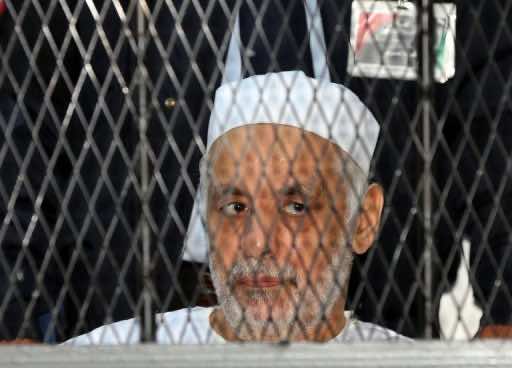 Al-Baghdad al-Mahmudi, the last premier of deposed Libyan leader Moamer Kadhafi, is in critical condition after being tortured in a Libyan prison, his Tunisian lawyer said on Wednesday.

Mahmudi “is in critical condition as a result of the torture he has suffered,” said Mabrouk Kourchid, adding that “he could die”.

The lawyer did not provide any further details nor reveal his sources for fear they could suffer reprisals.

Mahmudi fled to neighbouring Tunisia in September 2011, shortly after rebels seized Tripoli and effectively put an end to more than four decades of Kadhafi’s iron-fisted rule.

He was arrested there and extradited to Libya last June, despite warnings from rights groups that he could face the death penalty.

He went on trial in November for what the prosecutor general’s spokesman said were “prejudicial acts against the security of the state and financial crimes.”

In July, Mahmudi protested his innocence to journalists visiting his prison.

A physician by training, Mahmudi was loyal to Kadhafi until the end, serving as premier from 2006 up to the final days of his regime.

Along with Seif al-Islam, the toppled dictator’s most high-profile son who is also on trial, Mahmudi is one of the few remaining keepers of the many state secrets under Kadhafi, who was captured and killed by rebels in October 2011.