Morocco World News
Home Highlights on Morocco Full text of the Royal message to the 42nd ECOWAS summit in... 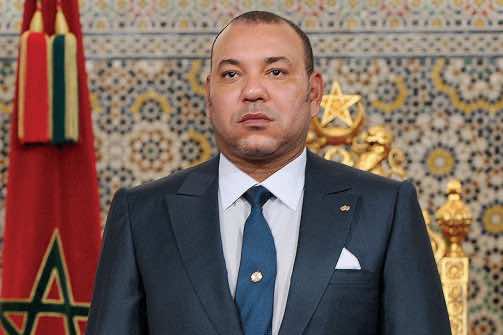 Here follows the full text of the message addressed by King Mohammed VI to the 42nd ordinary summit of the Economic community of West African states that opened on Wednesday in Yamoussoukro.

“Praise be to God May peace and blessings be upon the Prophet, His Kith and Kin Your Excellency President Alassane Ouattara, Chairman of the Conference of ECOWAS Heads of State and Government,

Your Excellencies, Heads of State and Government,

Ladies and Gentlemen,It gives me great pleasure to send this message to the Ordinary Session of the Authority of Heads of State and Government of the Economic Community of West African States (ECOWAS), which is being held in Yamoussoukro, in Côte d’Ivoire, a land so dear to the Moroccan people. I wish this important conference every success.I am delighted to have another opportunity to share some thoughts with my dear brothers, and to make some observations and proposals.

I would like to stress that, for the Kingdom of Morocco, the relations with ECOWAS and all its Member States are strategically important.

These relations are rooted in time-honored bonds. They stem from rich interaction, blood ties and shared cultural and spiritual values.

Our bonds became institutionalized and were further strengthened when our countries gained their independence. In recent years, our relations have been further consolidated thanks to a spirit of exemplary solidarity and remarkable South-South cooperation which have benefited our peoples.

Ever since my accession to the throne of my glorious ancestors, I have attached great importance to this key component of the Kingdom’s foreign relations as well as to the values and principles underpinning those relations and to our joint achievements in the area of human development.

Today, thanks to our concerted action, thousands of West African students on Moroccan scholarship programs are pursuing their education at our universities and at prestigious Moroccan graduate schools and colleges. Moreover, our bilateral academic and vocational training programs have been steadily gaining in depth and scope.

Dozens of cooperation projects have been launched and implemented in such priority sectors as agriculture, water resource management, electricity, education and healthcare.

The public-private partnership has also been boosted in recent years, and Morocco is now the number one African investor in the sub-region. The Moroccan private investment portfolio now covers such diverse spheres as banking and finance, insurance, telecommunications, infrastructure, housing and mining. There are also promising prospects in the area of “green economy” suited to West African soils.

It is my fervent wish that the Maghreb States will soon come to you as a united, committed and solidarity-based bloc to build fruitful, future-oriented inter-regional relations with ECOWAS Member Countries.

Notwithstanding the difficulties and obstacles, the five countries of the Maghreb Union engaged in dialogue, long ago, with the five European countries of the West Mediterranean region and, beyond that, with the European Union. The question is: how come they still hesitate about engaging in a similar dialogue with their neighbors to the South, with whom they have so much in common in terms of challenges and threats, and even more so in terms of brotherly ties, potentialities and all sorts of affinities?

From north to south, from the Maghreb and its Sahara, down the vast stretches of the Sahel and the West African territories bordering the Atlantic, there is an immense area where growing interdependence, mutual influences and a definite potential for complementarity are key features.

Although the geographic land mass upon which our nations are built has not been shaped uniformly by nature or the climate, our north and west African regions – indeed our men and women – are facing common challenges, often with the same high stakes, namely those of sustainable development and collective security, for which lasting, optimal solutions can be found only through concerted efforts and coordinated action.

The serious crisis affecting the sister nation Mali vividly demonstrates the indisputable inefficiency of partial measures, selective approaches and piecemeal initiatives adopted to face up to a complex, multidimensional reality that threatens the entire region.

The crisis attests, in fact, to the relevance of comprehensive strategies and collective action, which Morocco has been advocating for years.

During the past year, obscurantist armed groups have exploited the increasing fragility of a Malian state weakened by political divisions and by dissensions within the military. They thus took control of the entire northern region and, building on a complex web of local alliances, ethnic considerations and criminal interests, they subjected the region’s population to barbaric “laws and rules” which are completely out of step with the time-honored Islamic practices harmoniously developed in the region over the centuries.

The major guerrilla attack launched on the south on January 10 not only represented a definite risk of complete collapse for the Malian government, but it also constituted a threat to Mali’s neighbors and the entire region.

This progression on the ground also represented a real challenge for the international community which had, only a few days earlier, agreed in Security Council resolution 2085 on a clear, articulated strategy aimed at helping the sister nation Mali to recover its national sovereignty and territorial integrity and to restore constitutional order.

This binding Security Council resolution, adopted under Moroccan chairmanship of the Council, showed that the crisis in Mali constituted a threat to international peace and security, for which all Member States were called upon to mobilize.

In this regard, I highly commend ECOWAS for its early involvement alongside the sister nation Mali, for its accurate and sound assessment of the situation, for its robust mobilization at the international level and, finally, for its ability to react quickly, despite countless logistical and budgetary constraints.

Your efforts gave the international community food for thought and helped to shape the Security Council’s position. Your mobilization alongside French, Malian and Chadian forces has helped to liberate territories and towns in northern Mali. It has also contributed to speeding up the implementation of resolution 2085 in all three political, security and humanitarian sectors.

Today, as the settlement of the Malian crisis enters a new and different operational phase, ECOWAS is called upon to pursue its post-conflict endeavors in the areas of mediation, facilitation, protection and stabilization.

In the difficult, decisive stages ahead, ECOWAS initiatives will be crucial in terms of the support to be given to the sovereign state of Mali as it seeks to achieve its “Transition Roadmap” and implement the various objectives defined by the Security Council.

Furthermore, you will be playing a key role in achieving the desired change concerning AFISMA, turning it into a United Nations peacekeeping operation with a specific mandate to help it guarantee enhanced stability in Mali.

Needless to say, ECOWAS cannot carry out this historic mission without significant and appropriate political, financial and logistical support.

In this regard, the Kingdom of Morocco will continue to fulfill its obligations, both at bilateral level, as part of a solidarity-based vision, and at the international level, as a partner for peace and security in the region.

As an advocate of global responses to global threats, and as a staunch supporter of the approach put forth by your sub-region, my country will spare no effort to continue to support our Malian brothers at this critical, turbulent juncture in their history. Morocco intends to pursue its multifaceted action, in close cooperation with ECOWAS and the United Nations.

Having sent emergency humanitarian aid to alleviate the suffering of thousands of displaced people in southern Mali and of Malian refugees in Mauritania, Niger and Burkina Faso, Morocco will continue to closely monitor the serious humanitarian situation prevailing in the country.

With regard to support for development, the Kingdom intends to strengthen its traditional technical cooperation with Mali, given this sister nation’s new and pressing needs in terms of socio-economic development and training.

To support ECOWAS’s commendable efforts, Morocco will back the vital national reconciliation process in Mali – a process that should be open to stakeholders across the political spectrum, and in which the parties concerned pledge, unconditionally and without resorting to armed force, to respect the country’s territorial integrity. Morocco fully respects Malian sovereignty and the free choice of the Malian people and wishes, in particular, to support the work of the “National Dialogue and Reconciliation Commission”.

Indeed, it is crucially important that all Malian stakeholders approve of the model to be developed, the steps to be taken and the procedures to be followed. Their approval would not only make it possible to overcome yesterday’s tensions and disputes – which are compounded by today’s ill-feelings and bitterness – but it would also allow Malians to build a new national political and territorial governance system on solid, peaceful, unity-oriented and sustainable foundations, duly taking into account the geographical, economic and cultural realities of the different regions making up the country.

Finally, Morocco will continue to include the security situation in Mali – which it considers to be part and parcel of the region’s overall security – in its diplomatic priorities, both at the United Nations and elsewhere.

The same proactive, committed approach guides our policy concerning the sister nation Guinea Bissau, a country which is in a deeply worrying political and security situation. Here again, my country appreciates ECOWAS’s efforts and strongly supports regional and international initiatives in favor of a credible democratic transition, institutional consolidation and a stabilized security environment.

Morocco hails the progress made by your Community since its inception in 1975, as well as the relevant, progressive expansion of its mandate.

ECOWAS now provides a rallying platform for the peoples of the West African region to express their legitimate aspirations. It also acts as a key player for its partners in Africa and around the world.

Given the progress made as well as our shared ambitions, I hereby affirm the Kingdom of Morocco’s will to deepen its cooperation with ECOWAS. I look forward to seeing my country’s observer member status expanded to new avenues, thus giving our ties special, meaningful substance at the political, economic, socio-cultural and strategic levels.

Building on our achievements to date, we can forge a special, proactive and solidarity-based partnership for the benefit of our sixteen peoples and their well-being, in an environment where progress and stability prevail.