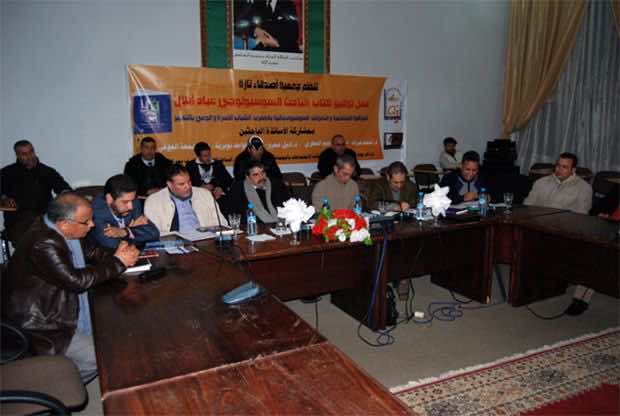 The association Friends of Taza-Morocco announced last Friday, February 22nd, its organization of the fourth edition of the literary and cultural competition “Taza award for literary creativity” in cooperation with the ministry of culture, Mirrors Publications (Manchourat Maraya) and the regional branch of Morocco’s Writers Union.

This edition is to focus on children’s theater. The conditions of participation in the fourth edition of this award include: 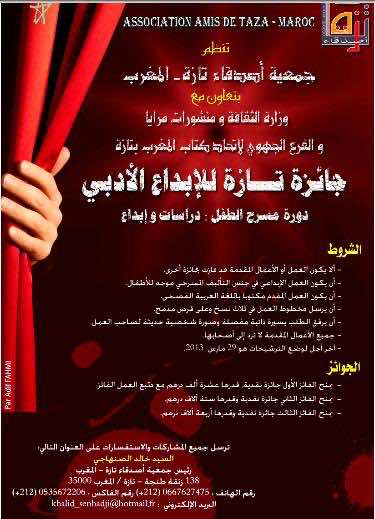 1-  The creative works submitted for the award should be in the form of theatrical texts for children and the criticism (studies) should also be on children’s theater and creative writing.

2-  The works submitted should be written in classical Arabic.

3-  The works submitted for the award should not have been published before or won another similar award.

4-  The manuscript of the work should be sent in three copies to the mailing address of the association together with a CD containing the work.

5-  The submitted work should be accompanied with an application form, a resume and a recent photograph of the candidate.

6- All works submitted for the award will not be returned to the candidates.

Three prizes are allocated for the winners, whose names will be announced during the opening session the 14th international Festival of Children’s Theater in April, 2013.