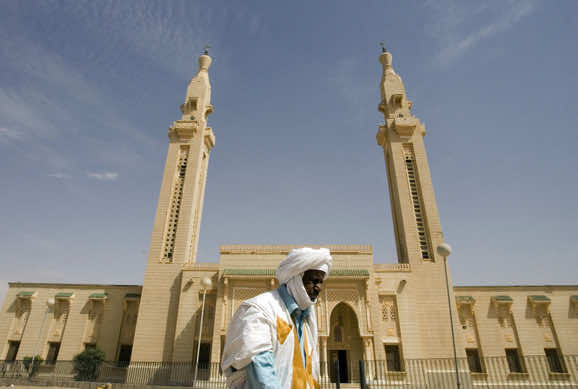 Edifying a modern nation in Mauritania requires, above all, a confrontation with those who believe that the tribe is more important than the civic state. Tribe and modern nation are two opposite poles and they can never go together despite theoretical attempts to harmonize them. With few exceptions, the Mauritanian intellectuals who are seeking a good position in the government or aspire to protect themselves go under the wing of the tribe against legal action. That is the reason why the loyalty of people will be to the tribe, which is their protector and this is what explains the weakness of the nation.

The Mauritanian government, since the so-called democratization process in 1992, is profiting from the status quo of which the country has been and still going through. The government is aware of the fact that maintaining the tribal hierarchy will give them a legitimacy to act on behalf of the social institutions. The tribal institution is backed up by the pragmatists who care only about their personal interests in contrast with the public interest, represented in the idea of what is modern. Tradition is worth sacrificing in order to have a strong nation based on social justice and equality of citizens.

Tribalism in Mauritania is not inevitable. It is possible to overcome it and get rid of the backward ways of governing people. There are good examples in neighboring countries where tribalism has vanished and been replaced by the loyalty to the modern nation. There might be still fading shadows of tribalism in some of these countries like Morocco but not to the extent that would contradict the process of edifying a modern nation. In other words, the tribe has no longer any affect on the political and social decision-making process as the situation in Mauritania.

It is not easy to conceptualize a modern nation in Mauritania that would be based only on the principle of a “united nation” and in accordance with the civil and intellectual parameters. This concept of a modern nation will be buried easily under the traditions of tribalism which rely on segregation and discrimination of people on basis of race, gender and color.

When there occurred the advent of the so-called democratization of Mauritania in 1992, tribalism was already fading away due to the amalgamation of different people from various races in the capital city of Nouakchott. But the new policies of the former president Maawiya Ould Tayaa was meant to revive tribalism and make it flourish again.

It is possible that we overcome all the negative impacts of a tribal state.

I think it is useless to belong to a gracious tribe or an outcast. We are all, at the end of the day, human beings and we aspire to nobility only by means of ambition, devotion and commitment.

The issue of tribalism in Mauritania is not limited by cultural legacy; however, it is one aspect of the cultural complexity. The forbearers are not blameless when it comes to the useless fanatic attitudes about a given tribe in a given region. The real and indiscernible paradox lies within the retrograde mentality of the ancestors which many young people still are inhibited with. Many people still hold as an absolute truth that the tribe is a sacred oath between the individual and his forefather, an oath which is unbreakable and unquestionable.

Thus, it is more likely that Mr. Moctar Ould Hamidou, the writer of the biggest modern historical encyclopedia of Mauritania, was right by stating in his book, The Mauritania’s Life, that “every single tribe in Mauritania has, in fact, three origins; one is known for the tribe, the second is what the individuals of the tribe identify themselves with, while a third one Allah only knows.”

This statement as simple as it is still reflects the psychological complex of many Mauritanians whenever tribal issues are discussed. They seem to believe in some mythical assumptions created by some people and written in some contested books of their ancestors, which hazily and unscientifically try in vain to trace back the origins of some people lost in the vast desert.

Tribalism and the new generation

One of the pathetic things in the Mauritanian culture is the blind clinging to traditional tribes. How come we, unfortunately, find mature Mauritanians living abroad for many years still constantly disagreeing to almost fighting because of some traditional allegations and myths created by stupid forefathers.

We need to go beyond these dividing lines in order to erect a modern nation regardless of color, race, gender and identity. It is still an insurmountable obstacle in the array of formalizing the idea of one united Mauritania.

As young people, we should turn blind eyes and deaf ears to the useless ideas of tribalism, regionalism, racism and language. We all belong to Mauritania and share the same destiny and geographical identity.

This concern of inferiority versus superiority of one tribe, or over another in no-man’s land, casts shadows upon the uncertain future of the country. Most Mauritanians are unconsciously imbued with a fake glory to claim a triumph over a given tribe depending on nothing but a set of unbelievable stories which have been over-consumed over time from one generation to another. These mind-boggling fantasies make the unique sources of nation. People are more loyal to the tribe than the modern nation.

Another good example is a literary work which challenges these baseless tribal sensibilities within the alleged social stratification of Mauritania. Ahmedou Ould AbdelKader’s novel entitled “The Unknown Tomb or the Roots,” proves, at least, theoretically that the tribal positioning in Mauritania is a sheer myth, nothing more than the possession of power and its means to protect oneself and subordinate the other.

The protagonist of the novel, Dayloul belonged to Aznagha, the lowest social class in the tribes. When he was able to cheat and defeat the Chief of the noble tribe, he was declared the real leader of all tribes and he was allowed to get married with the daughter of his former master.

I am not saying that tribalism is an evil in all its practices but rather many people are making out of it such a nihilistic way of life. It is better not to feel more intimate affiliation with the tribe instead of living and acting socially and politically according to it. Of course, the environment represents a considerable portion of the process of conceptualizing the individual-tribal dilemma.

So many people were brought up to believe blindly in the tribe and never see themselves out of its limits. This intellectual incarceration is a real challenge for the building-process of the modern nation. A modern nation where the tribe is not an obstacle but a motivator for the implementation of the positive civic discipline among individuals.

Discussing the issue of tribalism in Mauritania would lead to three major concluding points:

1– Tribalism is an aspect of nomadic life and backwards and is a devastating seed for civilization. It is a general rule that whenever the tribe prevails, the modern nation will dwindle. Mauritania will never be a modern nation unless the tribe vanishes forever.

2– It is a big mistake to maintain the tribe and consider it as a part of the national identity. Identity is not limited by the tribe but rather it is a whole set of cultural specificities, including, languages, religion, geography and history which knit the four corners of the country together while preserving the special features of each region.

3– It is illogical to have two opposite things in harmony. It is mandatory that a modern nation based on civic society, political parties and social institutions will never thrive within the limits of tribalism.

Dr. Elycheikh is a Mauritanian political activist, Journalist, Columnist, and Blogger, with special interest in Youth Leadership and Democracy