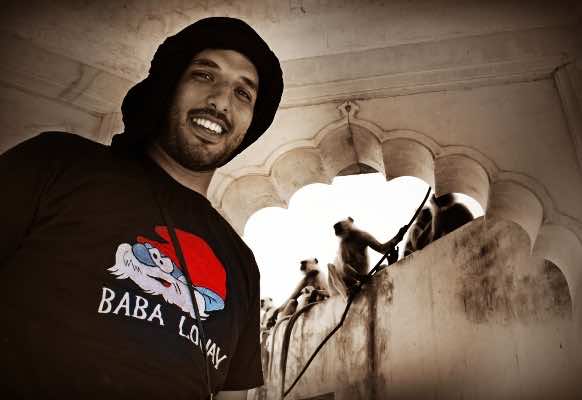 Today I was walking around in Agdal neighborhood, in Morocco’s capital Rabat heading to the mosque before going to meet some friends in a cafe. When I got near Badr Mosque, I noticed a weird energy, a lot of tension in the atmosphere, many stressed people and few loaded trucks.

It was very crowded with cars as they blocked the avenue from both sides. They were painting the pedestrians path, collecting rubbish, cleaning the small garden in front of the mosque, trimming the plants, removing dead leaves from the palms, fixing broken edges of the road etc.

Inside the mosque, they brought new carpets, new lights, new wires, new microphones. Everything was shiny and beautiful.

It didn’t take me long to understand what is the reason behind all this energy which was with no doubt so uncommon, in normal days. Tomorrow is Friday. Tomorrow is not a normal day in Badr Mosque as king Mohammed VI will be performing Friday prayer there.

Scared to lose their jobs or face a punishment for their lack of responsibility, they invested an incredible energy to fix everything in no time.

Change in Morocco is a slow tandem bicycle. We should boost each other up and help each other in order to ride it faster. Yet, such attitudes of self-interest people put breaks to change. These irresponsible people seek only to reach higher social positions and personal interests by stepping on the dreams of the common citizens. It is our duty to eradicate such irrational minds. Let’s talk about it, write about it, blog about it, etc.

Let’s change these attitudes. Together we can be better. That is my hope.