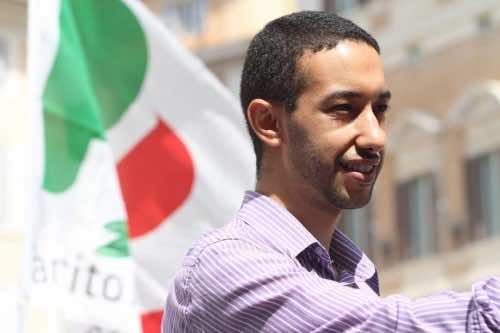 Following the Italian parliamentary elections, which took place on 24 and 25 February 2013, Khalid Chaouki, a candidate of the Democratic Party and a Moroccan born in Casablanca, was elected to represent his party in the Italian Parliament (first room).

A professional journalist, Khalid Chaouki was born in Casablanca in 1983. He arrived in Italy in and grew up in Parma and Reggio Emilia. He founded and chaired the National Association of Young Muslims in Italy, and served in the Council of Islam, attached to the Italian Ministry of Interior.

Chaouki is deemed one of the few partisans of Moroccan origins who could successfully and deservedly enroll in an Italian partisan structure, and afterwards prove competent enough to represent the party within the institution of the Italian government.

Prior to this success, Chaouki was a familiar figure to the Italian public, for he recurrently participated in TV discussions and shows, especially in those touching on topics pertaining to Islam and Muslims.

Despite being a representative of one of the most important political parties in Italy, Chaouki incessantly affirms his commitment to the application of Islamic teachings and principles in his day-to-day life, a thing that some politicians took malicious profit of to fire dangerous, yet inaccurate, allegations at him, such as being a terrorist and an extremist.

Allegedly, things got far beyond that to having Chaouki blackmailed and insulated in the most unsavory fashions, two years earlier, when he decided to run for regional elections in Rome.

What Chaouki apparently is in dire need of today is the support of his Moroccan and Muslim brothers and sisters, for Chaouki and many other young men and women who could ‘pull off’ in varying domains are not only representatives of themselves as individuals, but also, and more importantly, of the nation they were brought up in, Morocco.

They also become role models to whom our kids look up, and a motivation for them to eye excellence and work truly and thoroughly to achieve what they yearn for, unmindful of the hindrances that occasionally encumber them in their trajectory.