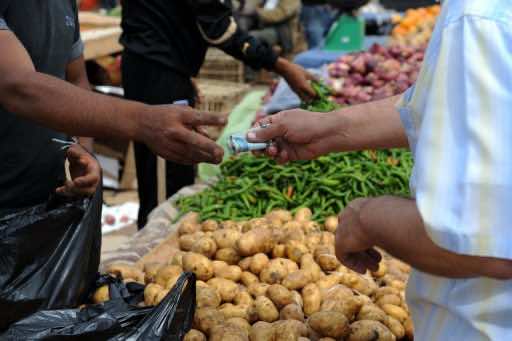 Around 50 Egyptian Christians suspected of trying to convert Muslims have been arrested in the eastern city of Benghazi on illegal immigration charges, a Libyan security official said on Friday.

“Forty-eight Egyptian traders who worked in the Benghazi municipal market have been arrested based on reports of suspect activities,” the source told AFP on condition of anonymity.

He said they were found in possession of a quantity of Bibles, texts encouraging conversion to Christianity, and images of Christ and the late Pope Shenuda of Egypt’s Coptic Christians, none of which were for “personal use.”

A video posted on the Internet shows dozens of men with shaved heads squatted on the floor in a tiny room as a bearded Libyan recounts how they had been arrested on charges of proselytising.

A local official, meanwhile, said the group of men were being well treated and would be deported after an investigation over illegal immigration was completed.

Four foreigners — an Egyptian, South African, South Korean and a Swede with a US passport — were arrested in Benghazi in mid-February on suspicion of trying to convert Muslims to Christianity, something that is strictly banned in Islam.

Since the 2011 revolution which ousted Moamer Kadhafi, Libya’s small Christian minority has expressed fears over Islamic extremism, especially with the rise of armed militias enforcing their owns laws in the absence of central
control.

In December, two Egyptians died in a blast at a Coptic church in the Libyan town of Dafniya.