New York - Morocco is one of the countries that are known for its cultural and linguistic diversity. 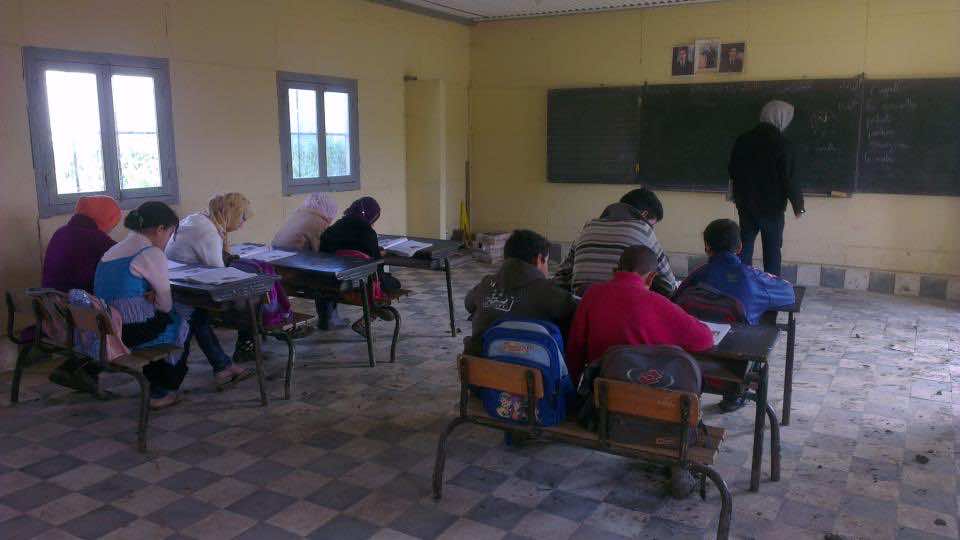 By
Abdellah Taibi
-
Mly Abdellah Taibi was a Fulbright FLTA, at the college of Saint Rose Albany, New York.
Mar 2, 2013
Spread the love

New York – Morocco is one of the countries that are known for its cultural and linguistic diversity.

In a country where tourism is a fundamental pillar of economy, this diversity is a credit added to the attractions to Morocco. However, this linguistic diversity has heavily affected one of the most important variables of socio-economic development: education. In the recent classification of educational systems around the world, Morocco ranked at the bottom of Arab countries and was knocked out even by countries with the poorest economic and social conditions.

Morocco has been making many amendments on the educational system, but still all this efforts proved fruitless. Since independence, Morocco has struggled to improve the educational system, starting by importing teachers from France and other countries waiting to train Moroccan teachers. By 1989 Morocco made a leap towards the Arabization of primary and secondary education. This shift is still considered, especially by those who witnessed the French system, as the beginning of the dramatic retreat of educational standards.

However, French is still considered a basic components of the educational system in Morocco since all scientific disciplines use this language as a teaching/learning vehicle. Between 1999/2009 the government introduced an important reform that had focused on education as a basic element of development. For any observer inside the field of education, it’s obviously seen that there is a tremendous effort to improve this field by increasing the number of staff and teachers, introducing technology to schools, facilitating conditions in rural areas, trying newest teaching methods..etc. Surprisingly, all these efforts led to insignificant outcomes.

As the government strives to find a remedy for this issue, many facts and details are ignored. Moroccan’s linguistic complexity is the key element to understand this perpetual failure of education policies. More than 50 percent of Moroccans speak Amazigh language as their mother tongue and the rest speak Darija, an Arabic dialect, while education utilizes classical Arabic as a language for teaching and learning. This incompatibility leads to a shortage in performance of students. It’s clearly unfair to compare the performance of an Amazigh child in Morocco with an Arab chil basing on tests introduced in Arabic language. The Amazigh child has to make double efforts: decipher the language first, and then understand the content, whereas the Arab is only required to understand the content.

This same issue has been raised in the USA some years ago after the disproportionate representation of Hispanic and Afro-American children in special education. It’s found that the majority of children who are considered mentally disabled and condemned to special education are Latinos and African Americans. The unfairness lies in the fact that for classification, IQ tests “intelligence quotient tests” are given to students in English while Latinos mother tongue is Spanish. Concerning African Americans, the problem doesn’t lie in language but the absence of any consideration of their socio-economic status. Both socio-economically and linguistically speaking, the Euro-American children are clearly favored. To make these IQ tests credible, the USA started to consider mother tongue as crucial element of determining a child’s cognitive competencies.

Hispanic student are lucky to be saved from a disability judgment. Though it does not require experts to spot this obstacle, Amazigh children in Morocco still suffer from inequity. Personally, I had a traumatizing experience related to this. When I was in the 2nd grade, my teacher was classifying me as the top of my class in a school where all students were Amazighophone. In the middle of the year, a neighbor school sent a group of Arabophone students to study with us as they have a problem in their school. I remember, the teacher did not care about me anymore, since he had some students with whom he could communicate easily in Arabic. As a result, all other Amazigh kids in that class, including myself felt left out of the game. We were just watching conversations in a foreign language and we were technically considered disabled.

Anybody can admit that solving this issue is not an easy task at all, though it’s theoretically feasible. Banning Amazigh language from our culture was one of the suggestions. This is an impossible theory even though there were many unsuccessful tries along history to uproot, intentionally or unintentionally, this language and culture. After the Islamic conquest around the 7th century, the Arabic language became the prestigious language in Morocco,while the Amazigh language was restricted and was gradually losing its richness due to a heavy borrowing from Arabic. At a certain point, this language became next to primitive because it was mainly preserved by people of mountains, especially, who didn’t have a significant contact with the Arab culture.

In modern Morocco and up to what is known as “the speech of Agadir” in 2001, the use of Amazigh was not allowed. In 2001, king Mohamed VI recognized Amazigh language as a component of the Moroccan Identity. This recognition was supported by the establishment of IRCAM, The Royal Institute of the Amazigh Culture to foster and promote the presence of this language.

The other suggestion is teaching in Amazigh areas should use Amazigh language as a vehicle of knowledge. Although this goal seems difficult, since it requires time, financial resources and a serious policy, it is not impossible to achieve. However, many people will not agree with this idea because it will split Morocco in two.

After passing through all the obstacles from primary to secondary school, Amazighophone students are joined by their Arabophone peers for new stage of struggling at the post-secondary education. Given that French is the language in which many scientific disciplines are being taught, students are required to convert all the thirteen years of studies in Arabic to French.

At the university level, students, mainly in scientific disciplines, need to adapt to the new requirements by mastering French. Through all this process, one can observe that we spend much of our school lives shifting from one language to another, while other developed countries use their mother tongue from cradle to grave. This is one of the reasons that cause Morocco’s educational system to rank at the bottom worldwide. For our country to move forward and put an end to this anomalies, a comprehensive overhaul of our educational system is needed.