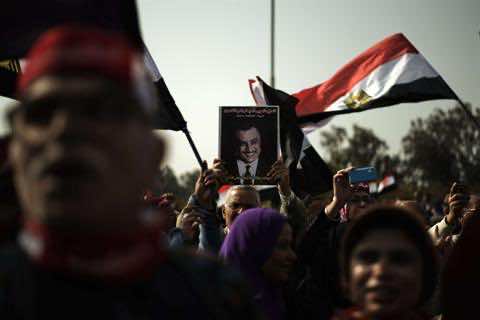 One person was killed and dozens injured in overnight clashes between police and protesters in Egypt’s Nile Delta city of
Mansura, a security official told AFP on Saturday.

A week of demonstrations in Mansura turned violent late on Friday when police fired tear gas at protesters outside the governorate headquarters, witnesses said.

“One protester died while 30 protesters and 10 policemen were injured in the clashes,” the security official said.

According to media reports, the protester died after he was run over by a police van.

The security official said protesters had tried to storm the government building, prompting the police to fire tear gas.

Egypt has been gripped by nationwide unrest in recent months, with protesters taking to the streets to denounce Islamist President Mohamed Morsi for failing to address political and economic concerns.

Mansura is the latest province to launch a campaign of civil disobedience, following in the footsteps of the canal cities of Port Said, Ismailiya and Suez.

Opponents accuse Morsi of failing the revolution that brought him to the presidency and of consolidating power in the hands of his Muslim Brotherhood.