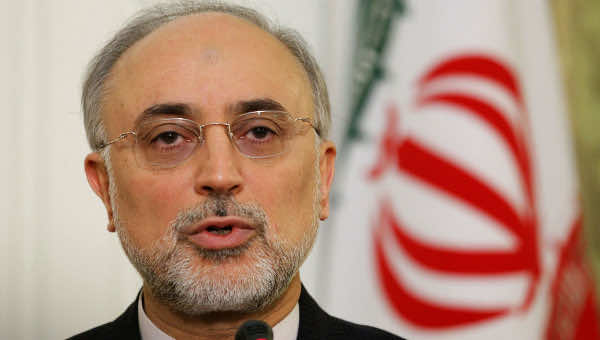 Syria’s foreign minister condemned on Saturday a move by the United States to given on-lethal aid to rebels who are fighting to topple President Bashar al-Assad, accusing Washington of double standards.

“I do not understand how the United States can give support to groups that kill the Syrian people,” he said during a press conference in Tehran with Ali Akbar Salehi, Iran’s foreign minister.

“This is nothing but a double-standard policy … one who seeks a political solution does not punish the Syrian people,” he said.

Furthermore, Salehi said that President Bashar al-Assad will remain Syria’s ‘legitimate president’ until the 2014 elections where the Syrian people will elect whomever they desire as their next president.

Muallem arrived on Saturday in ally Tehran for talks likely to focus on the conflict ravaging his country, Iranian media said.

“For dialogue to succeed, the violence must stop,” Muallem said in the joint press conference.

“Halting violence starts by [draining the fighters’ sources] as we are facing terrorist groups linked to al-Qaeda,” he said.

“We have taken measures provide guarantees to all who wish to dialogue at home and abroad … Even the armed fighter has a part to play in building a future for Syria,” Muallem added.

His visit comes after a week of intense international diplomacy aimed at ending the nearly two-year conflict in Syria that the United Nations says has killed at least 70,000 people and is tearing the country apart.

Analysis: Iran May Use Polisario to Smuggle Gold, Evading Sanctions