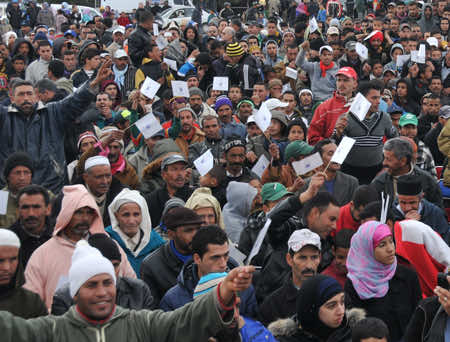 The political parties that make up the coalition government won all the parliamentary seats during the partial election held on Thursday in five cities of the country. They defeated the Party of the Union of Socialist Forces (USFP), the Party of Authenticity and Modernity (PAM) and the National Assembly of Independents (RNI).

Soulaiman Alamrani, vice-secretary general of the PJD, said that the consecutive victories of the allied parties, which won 9 seats out of 11 since the last general election of January 2011, showed once again the trust that citizens bestow upon the government.

In a statement carried by MAP, Rachid Ettalibi Alalami, a member of the RNI admitted the defeat of his party and highlighted the trust placed by voters on the coalition government.

The official website of the PJD considered the MP’s statement as a sign of failure of the opposition’s “divisive language” towards the government.

A reference was made to the last rumors over the intention of the government to increase the price of basic food items, which were used by the PJD’s opponents to undermine its popularity among the public opinion.

A number of observers believe that the reason why the municipal elections have been postponed is the fear that the PJD might achieve a landslide victory.