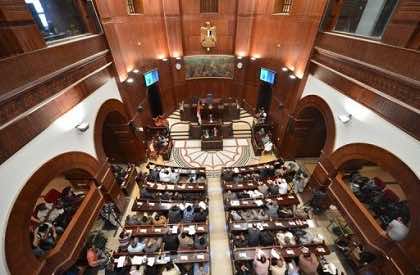 The complaints had challenged the method in which the members of the assembly had been chosen. The hastily prepared charter was passed in a referendum in December.

The complaints also said the panel, which was boycotted by liberals and Christians before it finished the charter, was not representative of all Egyptians.

The opposition argues that some clauses in the new charter bolstered Islamic law in the country of 83 million people which has a large Christian minority.

The court is still looking into yet more challenges against the assembly.

Islamist President Mohamed Morsi had sparked months of unrest in Egypt when he adopted a decree in November granting himself extensive powers and immunising the assembly from annulment by the court.

He reversed his decree after the charter’s adoption in a referendum.