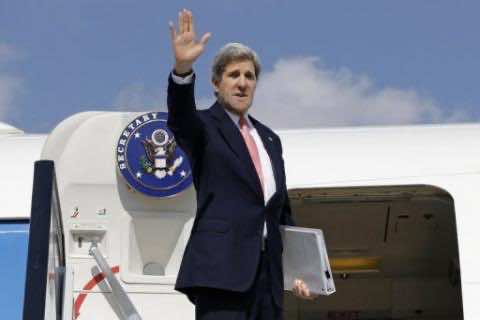 The Al-Ahly club fans blocked the road in anticipation of a court ruling this weekend in which rival soccer fans in Port Said face sentencing over a deadly football riot. The Al-Ahly fans want them convicted.

An airport official said police have deployed armoured vehicles to prevent the fans from getting closer to the airport. Kerry has still not arrived at the airport, the official said, although he had been scheduled to leave at around 1400 GMT.

The Al-Ahly fans, known as Ultras, blocked roads and trains in January ahead of a court ruling that sentenced a first group of 21 defendants to death over last year’s football riot in which 74 fans, mostly from Cairo, were killed.