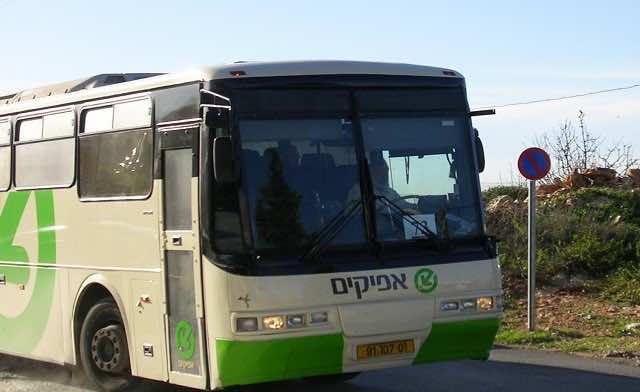 Is the world in need of another Rosa Parks moment?

Well, news of buses that have been designated to carry “Palestinians only” passengers in the West Bank has raised questions over whether a “blast from the past” bout of racial segregation on buses has emerged.

The Israeli transportation ministry has set up the new bus lines, insisting they are for the general public, however only making Palestinian villages aware of the service, Israel-based Ynet news reported on Saturday.

The report also noted that several bus drivers who chose to travel on the so-called “mixed lines” – used by Jews in the same areas – would be asked to leave.

The new bus lines, seemingly for Palestinians only, are intended to transport Palestinian workers from the West Bank to central Israel, the ministry said.

Although legally there is no way to stop Palestinians from boarding “regular” lines, one driver told Ynet: “We are not allowed to refuse service and we will not order anyone to get off the bus, but from what we were told, starting next week, there will be checks at the checkpoint, and Palestinians will be asked to board their own buses.” The driver was from Afikim – the company that holds the routes franchise for the area.

The new lines have also been marketed towards Palestinian workers with “flyers in Arabic urging Palestinians to arrive at Eyal crossing and use the designated lines,” Ynet reported.

The news was reminiscent of the challenge facing African Americans decades ago; racial segregation on public transport buses. In 1955, one black woman, Rosa Parks, broke the segregation laws stipulating that black Americans must vacate their seats if there are white passengers left standing. Parks became an icon for the civil rights movement.

The Israeli transportation ministry, however, argues that the lines are not for “Palestinians only,” but the introduction of the new service was to improve transportation for all.

“The new lines are not separate lines for Palestinians but rather two designated lines meant to improve the services offered to Palestinian workers who enter Israel through Eyal Crossing,” the ministry said in a statement cited by the website.

“The Transportation Ministry is forbidden from preventing any passenger from boarding any line of public transportation, nor do we know of a directive to that effect. Instating these lines was done with the knowledge and complete agreement of the Palestinians,” the statement added.