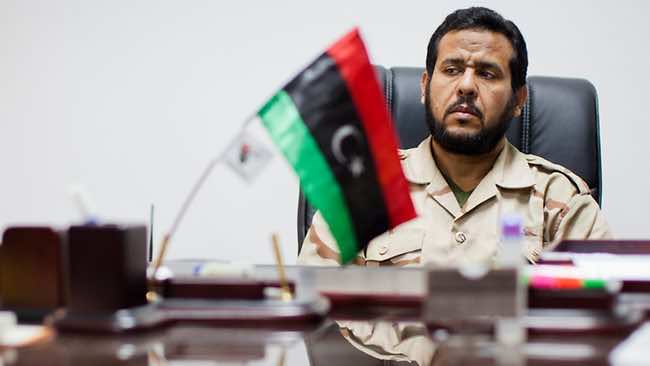 A Libyan man who claims Britain was complicit in his torture by Moamer Kadhafi’s regime will drop legal action against the government for £3 ($4.5, 3.5 euros) and an apology, his supporters said Sunday. Abdelhakim Belhaj, who became Tripoli’s military commander after the Libyan leader was ousted in the 2011 revolution, claims British involvement in his illegal rendition.

He and his wife were detained by American intelligence officers at Bangkok airport in Thailand in 2004 when Belhaj was leader of the anti-Kadhafi Libyan Islamic Fighting Group. The couple were then taken to Tripoli, where Belhaj was jailed for six years. Files unearthed from Kadhafi’s archives after his fall suggest he was captured due to a British tip-off.

He is taking legal action against the British government, former foreign secretary Jack Straw and Mark Allen, former head of counter-terrorism at intelligence agency MI6. But Belhaj’s supporters at human rights group Reprieve on Sunday revealed he had written a letter to the three parties offering to drop the action in return for a £1 payment from each, an apology and admission of liability.

In a letter sent to Prime Minister David Cameron, Straw and Allen, Belhaj wrote: “I am making an open offer to settle our litigation. “My wife and I are willing to end our case against the UK Government and Messrs Straw and Allen in exchange for a token compensation of a British pound from each defendant, an apology and an admission of liability for what was
done to us.”

He rubbished media reports that suggested they were bringing the case “to enrich ourselves. “I wish to lay this misconception to rest,” he added. “It is certainly true that my wife and I suffered deeply during our kidnap and in Libya.

“But we have come to court in Britain because we believe your courts can deliver justice.” Reprieve legal director Cori Crider added: “What our clients want from the government is an admission, an apology and an explanation of how this was allowed to happen.

“It is time to put the ghosts of Tony Blair’s toxic ‘deal in the desert’ with Kadhafi to rest, and this is the perfect opportunity for David Cameron to do so.”