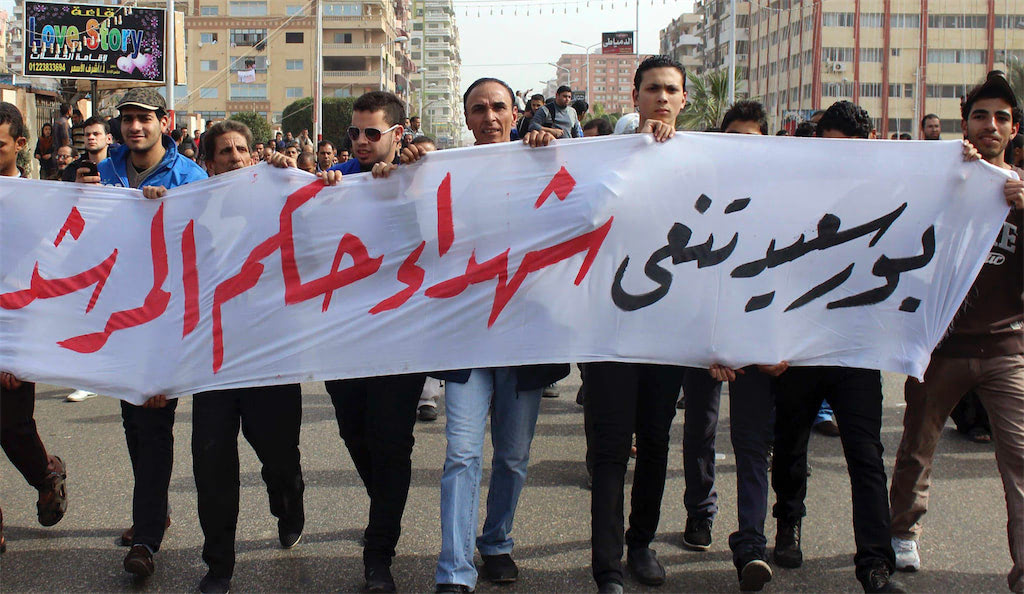 Four people including two policemen were killed in overnight clashes between police and protesters in Egypt’s restive canal city of Port Said, the interior ministry said on Monday.

At least 420 people were also injured in the clashes which began on Sunday after authorities decided to move prisoners awaiting a verdict over alleged involvement in a deadly football riot last year.

The two policemen died from gunshots to the head and neck, an interior ministry official said.

A security official said earlier that protesters threw petrol bombs and stones at the police station in Port Said, where a general strike entered its third week. Police responded with tear gas.

The interior ministry said it decided to move prisoners from Port Said, starting with the 39 remaining defendants over the February 2012 football violence, because it wanted to avoid unrest.

The court verdict, expected next Saturday, is for the 39 defendants in a case which resulted in death sentences in January for 21 other defendants, sparking clashes that killed at least 40 people.