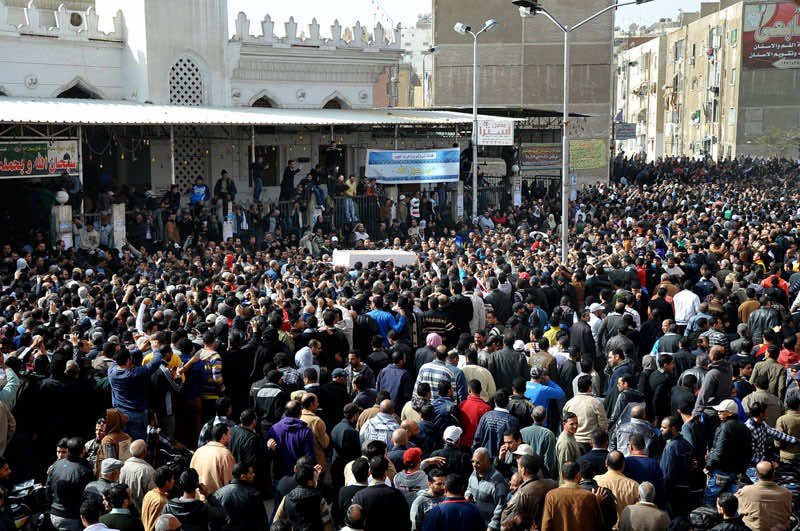 Thousands took to the streets in the Egyptiand canal city of Port Said on Monday for the funeral procession of three people killed in overnight clashes with police, live television images showed.

“The interior ministry (officials) are cowards!” the angry mourners chanted and called on Islamist President Mohamed Morsi to “leave”.

Five people, including two policemen, were killed in the clashes that erupted on Sunday night between security forces and protesters in the restive city.

The city has witnessed unrest since January when a court sentenced Port Said residents to death over football violence last year, triggering a series of protests and eventually a civil disobedience campaign.