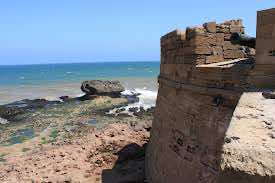 Archaeologists have discovered a tunnel dating back to the sixteenth century in the coastal city of Safi (Center of Morocco), said the Provincial Delegation of the Ministry of Culture.

The tunnel of a width of 3 meters and a height of 2.5 meters dates back to the Portuguese era, added the same source. It connects the port adjacent to the former Palace of the Sea (Ksar Labhar) to the Portuguese cathedral and Dar Sultan (Sultan’s House), said the experts on the base of the construction techniques and the materials used.

The Provincial Delegation of Ministry of Culture announced last Wednesday the discovery of the remains of a wall that dates back to the Almohads era.