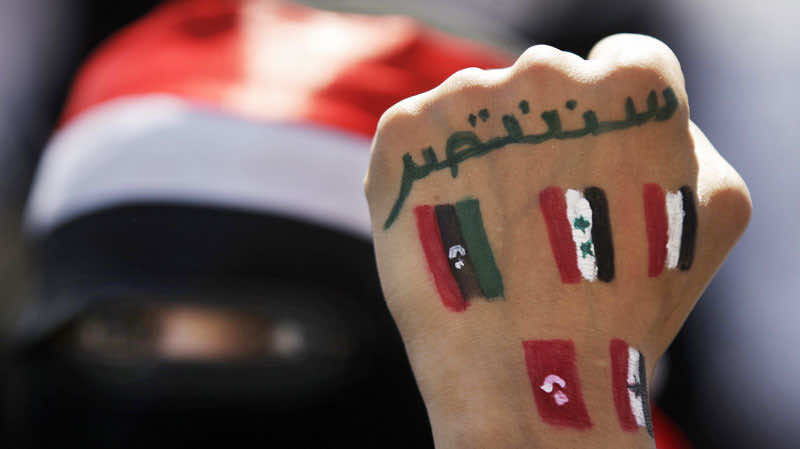 A history of oppression, imposed on many colonized countries, has led some marginalized masses to finally step up and speak for themselves. The question was all about the hegemonic systems they started to bear the pressure of and try to counter in the world of neo-colonialism.

In a world where fake, independent representatives claim the position of “free will” to maintain the freedom of their countries, truths are essentially being discovered. Thus, it becomes obvious that representatives are but poppies of the hidden colonialist authorities. Boom: colonialism is never ended. Nonetheless, awareness sprang, and intellectuals have taken the lead of resistance against the same forces, but this time resistance would be against their own government’s bogus representative. At the midst of it all, a new category of the revolts emerged, one that lost a speaking voice.

The Subalterns emerged somewhere beneath the oppressed reactionary “other” in the colonial discourse. The Subaltern in that sense was oppressed and a double-colonized man, suffering from the oppression of a dominant power of the colonizer alongside a dominant society that labels them in the corner of non-existence. Yet they, in return, accept everything as they are. Moreover, they succumb to both dominant powers, mostly because they aren’t aware of dominant systems, and partly because society ignores the part of actually giving a chance for them to speak. Instead, the society or the so-called intellectual speaks on their behalf, claiming to vindicate their needs, right and justice. Therefore, Subalterns grow acceptant of current circumstances, which are barely exposed to them. Thus, having an oppressed “other” or a dominant self to speak for them, they are often evaded historically.

On the one hand, the term of Subaltern first depicted by the Italian Marxist Antonio Gramsci, describing a lower rank society and discriminated masses suffering from hegemonic domination of ruling class elites who prevent them the right of participating in making history. Also, the feminist, postcolonial critic Gayatri Chacravorty Spivak reconsidered the subaltern position in its attribution to historical development especially the postcolonial conditions. She talked about this category of the colonized masses in her controversial essay “Can the Subaltern speak?” in an attempt to further analyze the state of the venerable, almost dumb people who accept the ideologies running past them as authentic realities. The problem with those categories in  Spivak’s perspective is that they are always represented by the rest of the oppressed who claim to be on familiar terms with the Subaltern’s complexities; which is a false consciousness of their part.

As a matter of fact, the Subaltern for her, can’t be represented neither can he speak for himself. Moreover, any attempt to represent the Subaltern can be judged untrue. As a Deconstructionist, Spivak is all doubt about the fact that one can voice an inner, clear and authentic voice let alone one speaking for another. As such, spivak takes an opposite stand point with the Subaltern Studies Group, whom as well borrowed Gramcsi’s term for further application in the colonial and postcolonial histories. The above-mentioned group followed the pattern of Marxist division of labor and considered the Subaltern as a vital component of the resistant attempts.

The Subaltern as the marginalized lower class peasantry – claims the Subaltern studies group – is marginalized and must be spoken for. Regarding his disengagement with the intellectuals, those latter who supposedly know best, Subaltern maintain his marginalized spot through histories to come, and this is exactly what this discussion is about. In addition, this paper is a concise study of the Arab Subaltern who surprisingly took a vital part in all the uprisings of the past year; the manner of participation and the limitation of the Subaltern agency.

I take the Arab revolutions, (not “Arab Spring” since I perceive this term as a very Orientalist stereotype alongside with many Arab journalists-activists) as vicissitudes of colonial struggles; domination is no longer a characteristic of a foreign power’s attempt to explicitly exploit a subordinate country. Instead, domination embodied the post-colonial independent legacy. Sovereignty that we so blindly trust is but a mere illusion…it is the same dominate ideology playing it safer.

Therefore, the agency of the independent achievement is voiced through the same dominant power, which implicitly reemploys its exploitation modes inconsistently. All the beliefs of obtained independence from the foreign power are but far-fetched claims. Arab countries have lived for years and years believing into being sheltered by independent nation when in effect, they were hypnotized by such ideology. It is only recently that hypnotism starts losing effect, and the masses started raging against regimes.

Indeed, bold attempts to destabilize long established systems as such, are astonishingly notable. Accordingly, powers have been shaken, and people reached the fake authorities which were, for a very long time, covering for the foreign imperialist intentions. Uprisings, consequently, have achieved the goal of overthrowing the faked agencies whom for a long time have spoken on behalf of the greedy imperialists. However, Subaltern silenced the voices speaking for him, and started speaking for himself. Although in a different way, a way through which some blood has been shed and some lives have been lost. Subaltern won the challenge and uncovered the game which has been played safely before his blinded eyes.

Yet I, so hegemonised by systems of my country, still a Subaltern in essence, but by no means a revolt. I have always been “interpellated” in the Marxist sense of being a passive, unconsciously drawn for every social dominant assumptions of my beloved country. I am, as I have already confessed, a preventer of radical change by my false consciousness.

To elaborate on this point, I have as well to admit, that I have learnt the art of passiveness from my father, relatives and surroundings which all contributed to my limited thinking to accept all those people’s generated thoughts and consume them so that me, in return, generate them in other terms. They thought me nationalism, which I wholeheartedly embraced, they thought me to succumb to the King in every righteous way. And so did I, accepted the safety of believing in The Authority. “Don’t even question Him, because he is right, because they’re coming to get you if you don’t” they said. “Which of the “because” is right?” I demanded, would I believe the first, fearing the second, or, challenging the second, to discover the truth about the first? Despite all of my attempts, my questions were but mere aporias; questions no matter urgent, have no answers!

I don’t think that what solely prevented Moroccan Subalterns from speaking is coercion or force by the dominant powers that suppressed the attempts to revolt on the 20th February 2012. On the contrary, what actually stand in the way of revolution is mass hypnothised “still” person who utterly defended the regimes partly because of the fear to mislay the safety that was so long provided by the system. On the other hand, most of what I am personally a part, have grown up believing every imposed notion to be right. Thus, I, among those, took the dominant ideologies for granted in a slumber of which I recently woke up. Nonetheless, it isn’t other revolts that woke me, neither is a sadden knowledge of systematic approaches I lately studied. As a matter of fact, it is another aporia that troubled my mind; “what happens after the overthrowing?” as I observe the entire Arab uprisings taken place, all the fighting against the systems, and eventually all the overthrowing of the Presidents, I come to be in a position of wanting more.

More of what? You may ask. Well, more action, more agency, I shall replay. For me, it is after the overthrowing that matters most. What you do with agency, what you achieve with a speaking voice of a Subaltern. The Subaltern spoke, acted, fought, overthrew, but what now? Shall he rule? Shall he elect who would rule? Elect a speaking voice on his behalf, hence repeating that same problem over again? I pretty much believe it to be the case in Egypt, who still struggles to find a voice, a true voice that shall perfectly speak on behalf of all races, of all differences of an Arab society that is in a dire need to be reunited again. But wait, is that even possible? Can a Muslim Subaltern speak for an atheist one or vice versa?

If we even assume a subaltern to speak, revolt and achieve the positive consequences of his agency perfectly enough, is there any possibility for him to be promoted to represent his entire society. More implicitly, would he be elected? Does he have a chance to further sustain his agency?