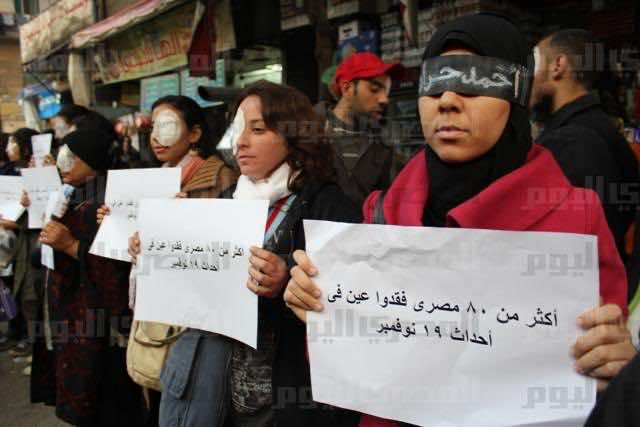 An Egyptian police officer nicknamed the “eye sniper” was on Tuesday sentenced to three years in prison for his involvement in deadly clashes in Cairo in 2011.

Judge Makram Awad of the Cairo criminal court sentenced Mahmud al-Shinnawi to three years for having targeted the eyes of demonstrators during protests on Mohammed Mahmud street, near Cairo’s Tahrir Square in November 2011.

The prosecution described Shinnawi’s acts as “evil”, underlining that the victims “had done nothing but break their silence to demand their legitimate rights” during the protests.

Many protesters in Tahrir were seen in the days following the protests with their eyes bandaged.

Mobile phone footage circulated on the Internet showed Shinnawi aiming at protesters’ eyes and another officer telling him, “In his eye! Well done, sir.”