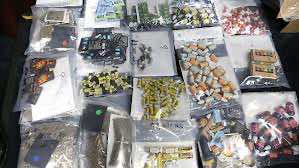 Seizures of hashish, cocaine and heroin skyrocketed in Algeria last year, the head of the national anti-drug office said on Tuesday, citing “colossal efforts” by police and customs officials.

Mohamed Zougar, cited by the APS news agency, said seizures of cannabis resin nearly tripled from 53 tonnes in 2011 to 157 tonnes in 2012.

The upturn was even sharper for cocaine, with the figure soaring from 11 kilogrammes in 2011 to 183 kilos.

In one incident, the gendarmerie announced in October that 165 kilos of cocaine were found at the port in Algiers in a container coming from New Zealand.

For heroin, the rise was to six kilos from 2.5.

Large shipments of cannabis are regularly seized in Algeria, particularly near the border with Morocco, the local press says.

Some of the cannabis produced in Morocco is smuggled into Algeria either for export or for local consumption.